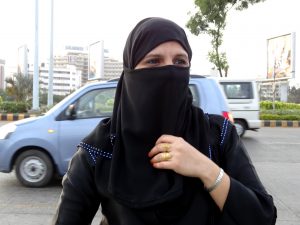 At the stroke of midnight Sunday, women in Saudi Arabia were legally allowed to drive for the first time in the kingdom’s history. The end of the controversial decades-old ban brings the ultra-conservative Gulf nation into line with the rest of the world. Women and their families began posting photos and videos of them driving as soon as the ban lifted.

To prepare for the lifting of the ban, the kingdom staged events in major cities to raise awareness of road safety and traffic laws. At these events, women who were unfamiliar with driving could try out driving simulators and practice parking. Women’s parking spaces, with pink bollards and signage, have been set up for the new drivers.

A spokesman for the Saudi Interior Ministry reported that 120,000 women had applied for driving licenses in Saudi Arabia. The first licenses went to a handful of Saudi women who had previously acquired driver’s licenses in other countries. These women will no longer need to hire a male driver to travel small distances since they can now drive themselves.

The lifting of the ban on women driving comes after years of campaigning by women’s rights activists. However, many other restrictions on women’s everyday lives remain in place under the male guardianship system. Saudi Arabia follows a strict form of Wahhabi Islam that places numerous restrictions on women. Crown Prince Mohammed bin Salman has been slowly easing these and other restrictions since he was elevated to second in line to the Saudi throne a year ago.

The goal of lifting the ban is to get more women participating in the economy. Being able to drive will allow many more women to join the workforce or grow their own businesses. The new economic agenda, known as Vision 2030, is being spearheaded by the Crown Prince. The plan aims to have women’s participation in the workforce at 30 percent by 2030, up from 18 percent today.

Progress on women’s rights continues to move forward slowly. The government has arrested a number of women in recent weeks who have been demanding reforms. Last month, Loujain Al-Hathloul, who was previously detained for 73 days after trying to drive, and Aziza al-Yousef, one of the country’s earliest activists for the right to drive, were both arrested. Rights group Amnesty International says both women remain in custody and has called for them to be freed.

2crazyNFT Trading Up 6% Over Last 7 Days