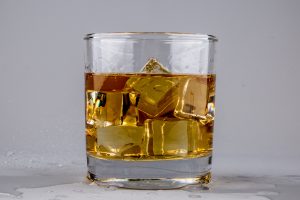 American whiskey makers have been worried about the threat of tariffs from Europe, but now those tariffs are becoming a reality. The European Union will start taxing a range of U.S. imports, including cranberries, peanut butter, playing cards, Harley-Davidson bikes, and whiskey. The tariffs are in response to President Donald Trump’s decision to place tariffs on European steel and aluminum. American whiskey has also been targeted by other countries facing tariff threats from the U.S., including China, Canada and Mexico.

Foreign markets have become quite lucrative for American whiskey makers. According to the Distilled Spirits Council, export revenues for bourbon, Tennessee whiskey and rye whiskey products were more than $1 billion in 2017. Total U.S. spirits exported to the EU in 2017 were valued at $789 million. Four of the five top growth markets by dollar value for American distilled spirits were in Europe.

European sales could evaporate as tariffs drive up the price of whiskey in markets where consumers have plenty of spirits to choose from. In Germany, some whiskey retailers predict consumers will probably buy Canadian and Irish whiskeys once American whiskey prices rise. That will place many small distillers in a tough place, as expanding market share in the ultracompetitive U.S. market is extremely difficult for a small operation.

In a recent letter to U.S. Commerce Secretary Wilbur Ross, the Distilled Spirits Council said: “The imposition of tariffs on these products by our major trading partners threatens to seriously impede the export progress that has benefited our sector and created jobs across the country.” Small and midsize companies would be especially vulnerable because they do not have the ability or capacity to stockpile reserves and take other protective steps. Larger, corporate-owned facilities will also be harmed, as they tend to do the most business overseas.

Some American whiskey producers have cultivated their European customer base at great cost to their company. The 9-year-old Catoctin Creek Distillery in Virginia reported that it has invested close to $100,000 in recent years to develop special bottles and labels, build distribution networks, and promote its products for its European business. According to the distillery’s co-founder and general manager, Scott Harris, European markets represent about 25 percent of Catoctin Creek’s overall business.