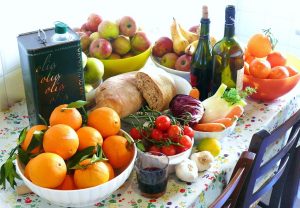 The Mediterranean diet, with its focus on vegetables, fruits, fish, nuts and olive oil, has been widely heralded for its benefits to health. Many of those supposed benefits are based on a landmark study, published in 2013, that found that consuming a Mediterranean diet can lower the risk of a heart attack, stroke or death from heart disease in those at high risk. Now, that study is being retracted and replaced by its authors.

In 2013, the results of one of the first major clinical trials to measure the Mediterranean diet’s heart benefits was published in the esteemed New England Journal of Medicine. The five-year experiment, conducted in Spain, showed that the diet can lower the risk of heart disease by about 30 percent. The report made international headlines.

Now, the study’s authors are retracting their report and publishing a new one after facing criticism about the way the initial experiment was conducted. The Mediterranean diet trial, which took place at 11 locations in Spain, involved assigning more than 7,000 people at high risk of heart illness to one of three diets randomly. According to the National Institutes of Health, dividing participants by chance into separate groups to compare different treatments “means that the groups will be similar and that the effects of the treatments they receive can be compared more fairly.”

An analysis of the data found that the same diets had been assigned to individuals in the same household, affecting about 10 percent of the participants. There was also a case where a researcher assigned the same diet to an entire village at one of the 11 study locations. In their new report, researchers made statistical adjustments to correct for these issues and made sure to note that revised report did not rely on the assumption that all the participants were randomly assigned.

The lead author on the study, Miguel A. Martínez-González of the University of Navarra, says that the link between the Mediterranean diet and heart disease is just as strong as in the original report. Martínez-González said, “We are now more convinced than ever of the robustness of the trial and of the conclusions.”