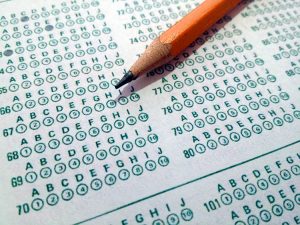 The University of Chicago has announced it will no longer require undergraduate applicants to submit SAT or ACT scores. While applicants can still submit their SAT or ACT scores, university officials said they would let prospective undergraduates send their own transcripts and submit nontraditional materials to supplement their applications. The new policy is being implemented starting with the Class of 2023

The University of Chicago (ranked #3 in the U.S. News & World Report’s national university rankings) is the most prominent institution to make the move. Dozens of four-year institutions have embraced making SAT and ACT scores optional, but the vast majority, and most Illinois schools, still require SAT or ACT scores from applicants.

The National Center for Fair and Open Testing, a Massachusetts-based proponent of test-optional admissions, has criticized standardized testing. It has long been a complaint that the ACT and SAT minorities applicants out of elite universities. According to 2017 results, 27 percent of American Indian, 31 percent of Latino and 20 percent of black applicants reached the benchmarks for the mathematics and reading and writing portions of the tests. This compares with 70 percent of Asian test takers and 59 percent of white test takers achieving those benchmarks.

A whole industry has grown up around preparing students to take the ACT and SAT. Some families spend thousands of dollars to prepare for those tests. According to the National Center for Education Statistics, 25 percent of the first-time freshmen students enrolling last fall, recorded perfect or nearly perfect ACT and SAT scores in reading, writing and math.

The College Board, the organization that administers the SAT, says that standardized tests remain pertinent. The tests are used to provide consistent metrics that help control for variances among states, schools and curricula.

In response to the University of Chicago announcement, the organization said in a statement, “The College Board continues to help students clear a path to college across a changing college admission landscape. With our members, we redesigned the SAT to make it a more fair test for all students, and we revolutionized test prep with free, personalized practice. We will always bet on students and firmly believe that all students can practice, improve, and show they’re ready for college.”