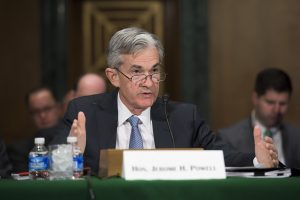 Jerome Powell has been confirmed as the 16th chairman of the Federal Reserve. The post is considered the most powerful economic position in government. Powell’s term runs for four years.

Powell, 64, was nominated for the post by President Donald Trump in November. He has already filled the post of vice chairman for regulation with Randal Quarles. The president has also nominated Marvin Goodfriend for a vacancy on the Fed’s board. He can fill three more vacancies on the seven-member board. Lael Brainard will remain the lone board member not to have been chosen by Trump.

Powell has served for 5½ years on the Fed’s board. As a Fed governor, Powell has never dissented from a central bank decision. Sen. Sherrod Brown, the top Democrat on the Senate Banking Committee, praised Powell’s tenure on the Fed board, saying, “His track record over the past six years shows he is a thoughtful policymaker.”

Powell will officially assume his duties when current chair Janet Yellen leaves on February 3. Yellen made history as the first woman to lead the Fed, succeeding Ben Bernanke. Trump decided against offering Yellen a second four-year term as chair. Yellen will be the first Fed chair to serve less than two terms since G. William Miller during the Jimmy Carter administration.

Powell will be the first Fed leader in 40 years without an advanced degree in economics. He is expected to be a bit more hawkish on monetary policy than Yellen and somewhat looser on bank regulation. The Senate confirmed him for the position with an 85 to 13 vote in favor. The votes against Powell’s nomination included four Republicans, eight Democrats and Sen. Bernie Sanders, an independent.

Powell comes to his position with a background that includes time at the Carlyle Group, Severn Capital Partners, and the Global Environmental Fund. He has also worked at the Treasury Department and served as a visiting scholar at the Bipartisan Policy Center think tank. His work in investment management made him one of the wealthiest figures to serve on the Fed board. His most recent financial disclosure form places his wealth at between $19.7 million and $55 million.

The Fed is currently attempting to normalize its policy after years of extraordinary accommodation triggered by the financial crisis. So far, this has included five interest rate hikes since December 2015. There is likely to be three more increases on the way in 2018.

The Fed is also reducing its $4.5 trillion portfolio of Treasurys and mortgage-backed securities. Most of that portfolio was acquired during three rounds of bond buying called quantitative easing meant to deal with the fallout of the financial crisis.