Could Oprah Winfrey Become the Next President of the United States? 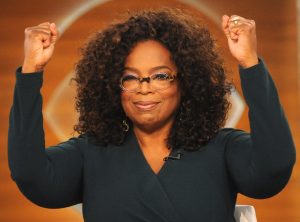 The current president of the United States has the lowest approval rating after one year in office than the past four leaders of the country did. Donald Trump has a rating of just 39 percent according to the BBC. His predecessor Barack Obama scored 50 percent at the same point, Bill Clinton 54 percent, and George W. Bush a whopping 83 percent. These figures show that the American public are highly dissatisfied with Trump’s tenure so far, and could be eager to welcome in change when the next election occurs in 2020. There are many people who feel they could be doing a better job than the 71-year-old, and a shock contender has recently emerged.

It has now become a real possibility that the legendary talk show host Oprah Winfrey is going to run for the Oval Office job and, as of January 23, the election odds showed that the 63-year-old was 9/1 to win in 2020. This would be a historic result, as Winfrey would represent the first ever female to be in charge of the USA. Is the White House a real possibility for the CEO of the Oprah Winfrey Network or are Americans going to be sentenced to an additional four years of Trump?

There is no doubt that Winfrey is popular enough to be voted into the most prestigious job in the country. When Obama was running for office between 2006 and 2008, he was endorsed by the billionaire. This led to Trump’s predecessor garnering an additional 1 million votes according to research from economists at the University of Maryland. There is a strong chance that Winfrey would be able to use her high profile image and staggering wealth to run a hugely successful campaign in the lead up to the next election.

After Winfrey’s stunning speech at the 2018 Golden Globes, Twitter was rife with speculation that the winner of the Cecile B. DeMille Award was about to embark on a presidential campaign and become the 46th leader of the United States. Initially, Winfrey said that she had no intention of running, but later told CNN that she was “actively thinking” about it.

There are a number of well-known Hollywood celebrities backing the self-made millionaire to take over from Trump, with Meryl Streep saying she thought that Winfrey didn’t have a choice but to run for president now. Steven Spielberg has also vocalised his support, saying that he thinks she will be “an absolutely brilliant president.” The Oscar-winning director of Schindler’s List and Saving Private Ryan added that if Winfrey did run, she would have his backing.

Winfrey is yet to confirm whether she will launch a campaign to be the next occupant of the White House, but Trump has proven that a lack of political experience is not a stumbling block when it comes to running for president. With faith in Trump diminishing as he gets deeper into his tenure, the American public may be crying out for a vastly different figure heading the country by 2020. Winfrey could be ideal.