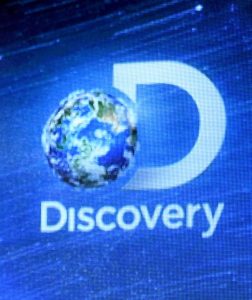 Discovery Communications (NASDAQ: DISCA) has announced its headquarters will be moving from Silver Spring, Maryland to New York in the second half of 2019. David Zaslav, Discovery’s chief executive, wrote in an email to employees, “We have … made the difficult decision to reduce our footprint in Maryland over time, with the ultimate closure and sale of our One Discovery Place headquarters building in Silver Spring, expected in 2019.”

Discovery Communications is behind popular cable channels including TLC and Animal Planet, along with its namesake channel. The company’s international business includes European broadcasting rights for all four Olympic Games between 2018 and 2024. Its annual revenue has nearly doubled since it went public in 2008. In 2016, the company reported a profit of $1.03 billion on $6.4 billion in annual revenue. The company currently has a market capitalization of about $7.4 billion.

Discovery is in the process of buying Scripps Networks Interactives in an $11.9 billion deal. Scripps is the owner of HGTV, Food Network and the Travel Channel. The deal is expected to be finalized in the coming months.

Discovery plans to use Scripps’ current headquarters in Knoxville, Tennessee to house its back-end operations once the deal is finalized. The company also has a technology hub in Sterling, Virginia that it is planning on expanding. Some departments will remain in Maryland but the company would not confirm those departments would be in Silver Spring. The company told employees they have “not yet embarked on all the planning to determine which functions will be moved to which location.”

Founded in 1982 by John Hendricks, Discovery Communications is one of Montgomery County’s largest employers. The company currently employs about 1,300 people in Silver Spring. Discovery said decisions on individual job status and relocation will be made after the closure of the Scripps acquisition.

County and state officials reportedly offered Discovery financial incentives to stay. Montgomery County Executive Ike Leggett said, “The county and state made a substantial proposal designed to accommodate Discovery’s challenges. Together, we were ready to provide considerable incentives to retain their presence in the county.” Some of those incentives required the retention of 1,200 employees at the Silver Spring site.

In the end, the company decided that moving its headquarters to New York was the best choice. New York is already home to Animal Planet and Investigation Discovery, as well as the company’s investor relations, advertising sales, and business development teams. Bob Buchanan, chair of the Montgomery County Economic Development Corporation, said, “It boils down to the cost of living, and of doing business in one area versus another.”

Aramark Given “Sector Perform” Rating at Royal Bank of Canada