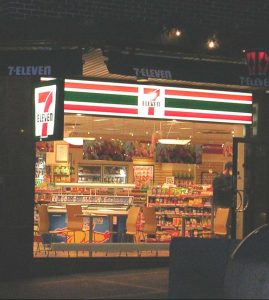 Nearly a hundred 7-Eleven convenience stores across the country were raided this week in an enforcement action by federal immigration agents. The Trump administration described the action as its largest enforcement operation against employers so far.

The raids targeted 98 stores in 17 states, sweeping from California to Florida. The exact addresses of the locations targeted have not been released. According to an ICE spokeswoman, 16 of the 98 stores raided were in the New York City area.

During the raids, 21 undocumented workers were arrested. Managers were ordered to produce paperwork showing that employees were working legally. Federal laws require the verification of an employee’s identity and employment eligibility and businesses that knowingly violate those laws face steep fines and other consequences. Employers are required to fill out and keep I-9 forms to verify their workers’ eligibility.

Thomas D. Homan, the acting director of United States Immigration and Customs Enforcement, said in a statement, “Today’s actions send a strong message to U.S. businesses that hire and employ an illegal work force: ICE will enforce the law, and if you are found to be breaking the law, you will be held accountable.”

Under President George W. Bush, ICE arrested considerable numbers of unauthorized workers by targeting meatpacking plants, fruit suppliers, and carwashes. In May 2008, one of the largest workplace immigration raids ever conducted resulted in the arrest of nearly 400 undocumented workers at an Iowa meatpacking plant. However, under President Barack Obama, the agency focused more on border crossers and convicted criminals than on undocumented workers.

Irving, Texas-based 7-Eleven Inc. released a statement indicating that the stores found to be in non-compliance were franchises belonging to independent business owners. The company also said that those independent owners “are solely responsible for their employees, including deciding who to hire and verifying their eligibility to work in the United States.”

A similar sweep of 7-Eleven locations in 2013 culminated in the arrests of nine franchise owners and managers on Long Island and in Virginia. Several have pleaded guilty to employing undocumented workers and forfeited their franchises.