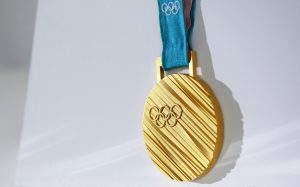 North Korea’s leader, Kim Jong-un, has turned toward diplomacy with South Korea and has agreed to send a team to compete in the Winter Olympics in the South Korean town of Pyeongchang next month. The event is meant to highlight South Korea’s place as one of the world’s most dynamic economies. The Games end in late February.

North Korea said it will send a delegation of high-ranking officials, athletes, a cheering squad, a performing art team, and a demonstration team for Taekwondo. Mr. Kim is an avid sports fan and was reportedly very pleased when the North won seven medals in the 2016 Summer Games in Rio de Janeiro. South Koreans often cheer for the North’s athletes in international competition. Their athletes last marched together at the Asian Winter Games in Changchun, China, in 2007.

There has also been an announcement made about the resumption of military-to-military talks between the two countries. Many South Korean progressives say defusing tensions on the peninsula has to be their country’s top priority. Mr. Kim spent 2017 provoking the world with nuclear and long-range missile tests. President Trump has made numerous threats of military action if the North does not agree to give up its nuclear program.

Mr. Kim will not be discussing the future of his nuclear weapons and missile programs with the South. When South Korea called for the resumption of denuclearization discussions Tuesday, the chief North Korean delegate to the talks, Ri Son-kwon, protested and no discussions were scheduled. South Korea has requested to suspend military exercises with the United States during the Olympics and senior American officials have agreed.