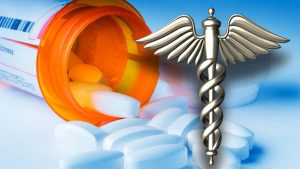 The Trump administration wants to make it easier for small businesses and individuals to buy alternative types of insurance that could be less expensive than what it available now. The new health plans could bypass some of the insurance protections built into the Affordable Care Act.

The Labor Department proposed new rules last week that would direct the government to work on the development of alternative types of insurance. The rules were made available on the Office of Management and Budget and are open to 60 days of public comment, which started Friday.

Such health plans would no longer have to include the 10 “essential health benefits” that the ACA requires of insurance sold to individuals and small companies. The health benefits that may be excluded include maternity care, prescription drug coverage, and mental health services. Such plans have existed for several decades under limited circumstances, but this would be the first time that individuals would be allowed to buy them.

The move is designed to adhere to part of an executive order that President Trump signed in October. The Labor Department predicted that up to 11 million uninsured Americans who work for small businesses or are self-employed could benefit from the expansion of these types of health plans. Sen. Rand Paul (R-Ky.) expressed approval of the move, saying, “I applaud the administration for its action today…Conservative health care reform is alive and well.”

The ACA’s rule that bars insurers from charging certain customers more based on their health status or from refusing to cover those with conditions that are expensive to treat would be preserved under the proposed guidelines. However, the new plans could charge customers different prices depending on their age, gender and location. The draft rules would also allow these health plans to be sold across state lines.

Critics say that the new health plans would promote substandard coverage and weaken the already fragile insurance marketplaces. Some health-law experts questioned whether the proposals could be vulnerable to court challenges.

A second part of Trump’s executive order regards an expansion of short-term bridge insurance meant for consumers to use when they are between jobs. That part of the order has not yet been addressed. The GOP tax bill Trump signed into law shortly before Christmas will end enforcement of the ACA’s individual insurance mandate next year.