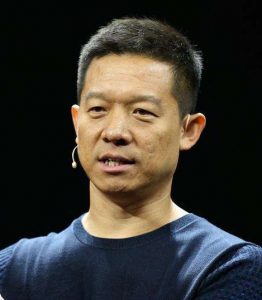 Chinese internet entrepreneur Jia Yueting has not returned to China as demanded by his country’s securities regulator. In December, the China Securities Regulatory Commission issued an order for him to return by the end of 2017. The regulators demanded he return home and help a listed technology company he founded, Leshi Internet Information & Technology Corp., resolve its crushing debt.

The CSRC has repeatedly requested that Jia return to the mainland since September, but Jia has not taken any action to comply. Jia’s whereabouts remain unknown, according to local media reports, and he has not been seen publicly on the mainland since last March. His wife Gan Wei apparently arrived in China on New Year’s Day.

In his first official response to the directive from China’s securities regulator, Jia said he needed to stay in the U.S. to work on his electric car startup, Faraday & Future Inc. He said, “The fundraising for Faraday Future in the United States is making significant progress and there are many tasks I need to push forward in order to ensure the production and timely delivery of the FF91.” The FF91 is a luxury electric car being developed by LeEco and Faraday Future. Representatives at LeEco and Faraday Future did not immediately respond to an emailed request for comment.

The response was made via his official Weibo social media account. Jia apologized for his companies’ debt crisis in his post and said he would be active in helping Leshi resolve its issues. He says that his wife and his brother Jia Yuemin have been empowered to handle the affairs of the Shenzhen-listed firm.

Jia borrowed heavily against equity in Leshi to expand into new businesses. In a filing, Leshi said that it hasn’t resolved its debt problems with closely held entities associated with Jia. Leshi Internet has been suspended from trade since April. Jia stepped down from his role as chairman of Leshi Internet in July.

The authorities say Jia and his sister failed to provide loans to Leshi as promised. Jia was censured last week by the Shenzhen Stock Exchange for reneging on that pledge. Chinese courts have seized and frozen his assets. Jia’s brother reportedly met with regulators in person to discuss the matter on Dec. 29.