Commercial Air Travel Safer Than Ever 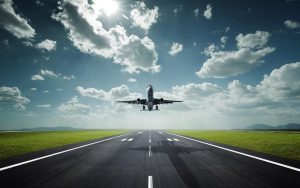 According to a new report, 2017 was the safest year ever for commercial air travel. There were only 111 recorded accidents and 13 deaths worldwide. That’s a rate of one fatal accident for every 16 million flights. Lead researcher Adrian Young said, “The safety level that civil aviation has achieved is remarkable.”

No jets crashed in passenger service anywhere in the world. The two fatal accidents logged for 2017 both involved small regional planes. In October, an Embraer Brasilia operating as an air ambulance reported engine failure and lost control in flight in Angola. Seven people died, including the patient. In November, a Czech-built Let 410 operated by Khabarovsk Avia crashed while landing in Russia. That crash saw the loss of six lives, with a four-year-old girl the only survivor.

Air traffic’s 3 percent growth in 2017 over 2016 helped the statistics a bit. The UK has the best air-safety record of any major country, while sub-Saharan Africa has an accident rate 44 percent worse than the global average.

The two fatal crashes this New Year’s Eve weren’t included in the tally because the data used only involved larger passenger aircraft weighing more than 5,700kg – the threshold for the report. Those two crashes involved a seaplane that crashed in Australia, killing 6, and a single-engine plane that crashed into a mountain in Costa Rica, killing all 12 on board.

The report also excludes fatalities on the ground. Ground incidents in 2017 included a person killed by a jet blast by a fence at the Princess Juliana International Airport in St. Maarten and 39 people killed in Kyrgyzstan when a cargo plane belonging to ACT Airlines sped past the runway.

Fewer people died in plane accidents last year than any other year on record. 2016 had 71 civil aviation accidents, seven of which were fatal, and 271 people lost their lives. Notable that year were incidents in which a LaMia jet carrying the Brazilian football team Chapecoense crashed killing 71 and an Egyptair flight from Paris to Cairo crashing, killing 66.