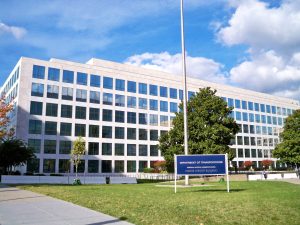 Revised guidelines for automated driving systems have been released by the Department of Transportation. The new voluntary guidelines were announced by U.S. Transportation Secretary Elaine Chao during a visit to Mcity, a University of Michigan autonomous vehicle testing facility. The new guidelines are the first such guidelines released under the Trump administration

The new guidelines, named the Vision for Safety 2.0, scales back some of the recommendations made by the department under President Obama. The new guidelines trim a 15-point safety assessment proposed last year down to 12 points. Several key areas including privacy and ethical considerations, were dropped from the list because they were “speculative in nature and outside,” according an explanation of the changes.

The guidelines detail the recommended best practices for companies developing self-driving cars. The updated safety guidelines attempt to clear barriers for getting test vehicles on the road. The new guidelines also no longer apply to Level 2 vehicles with partial automation that still require drivers to handle many tasks. The guidelines are not mandatory.

The new guidelines were driven by bipartisan concerns about stifling a promising industry. Regulators and lawmakers are wary of burdening automakers and tech companies with innovation slowing regulations, but need to ensure that self-driving technology is safely deployed. No new safety requirements were added to the revised guidelines.

The Department of Transportation says the development of this technology will reduce the number of serious automobile crashes. Estimates state roughly 94 percent of automobile crashes are due to human error. There were more than 40,000 traffic fatalities in the U.S. last year.

Chao spoke about the importance of automated driving systems to our society at the event, saying, “In addition to safety, ADS technology offers important social benefits by improving access to transportation, independence and quality of life for those who cannot drive because of illness, advanced age or disability.”

Safety advocates are concerned that experimental cars could get on public roads too soon, causing accidents that undermine public acceptance of the technology. Autonomous cars are being tested in numerous states, including California, Nevada and Pennsylvania. Automakers and tech companies complain that the different state laws passed in recent years could hamper the deployment of autonomous vehicles.

Last week, the U.S. House voted to give the federal government the authority to exempt automakers from safety standards that don’t apply to the technology. The bill permits exemptions for up to 25,000 vehicles in its first year and 100,000 annually after that. The Senate is now considering a similar bill.