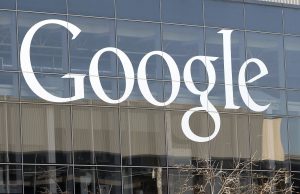 Three women — Kelly Ellis, Holly Pease, and Kelli Wisuri — filed the lawsuit accusing the company of underpaying them and denying them opportunities for promotions. The women claim they were placed at lower pay ranks than male co-workers and received lower salaries and bonuses because of it. Ellis, Wisuri, and Pease all left Google over the past three years.

The suit claims that Google’s actions violate California law, including the California Equal Pay Act by paying women less than men who have similar duties, experience and skills, and promoting women less frequently. Much of the lawsuit revolves around Google’s tiered pay system. Employees on higher tiers typically receive higher salaries and bonuses.

This is not the first claim of gender-based pay discrimination at Google. Earlier this month, The New York Times published salary data for nearly 1,200 Google employees, showing disparities in both salaries and bonuses across pay grades. The US Department of Labor testified in court towards the beginning of this year that it found “systemic compensation disparities against women pretty much across the entire workforce.”

The plaintiffs are seeking to turn their complaint into a class action lawsuit. James Finberg, an attorney representing the plaintiffs, says, “I think those chances are very high because the statistical evidence that the Department of Labor collected and The New York Times collected indicate that there are statistically significant disparities adverse to women across the board.” If the lawsuit is granted class action status, it would cover all women who worked at Google within the last four years.

Google has said it denies the allegations. Gina Scigliano, senior manager of corporate communications at Google, says Google’s hiring process is designed to eliminate gender biases. She wrote, “Job levels and promotions are determined through rigorous hiring and promotion committees, and must pass multiple levels of review, including checks to make sure there is no gender bias in these decisions.”

The case adds the internet giant to a growing list of technology companies sued for gender discrimination. The tech industry has been blasted with various accusations of sexism and sexual harassment. Microsoft Corp. and Twitter Inc. have both been sued recently by female engineers alleging that men were favored for advancement.

23,351 Shares in On Holding AG Bought by PFS Investments Inc.