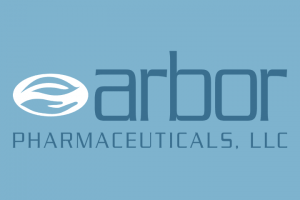 Shanghai Pharmaceuticals Holding Company and a unit of Fosun Group in China are amongst the bidders to acquire a stake in Arbor Pharmaceuticals LLC a U.S. based specialty drug maker, the companies announced on Monday.

The bids have come as companies in China face tougher scrutiny on their investments overseas. Regulators in China are reviewing agreements for deals in minute detail, and have started cracking down on some large conglomerates based in China, including Fosun for acquisitions made abroad that are fueled by debt.

Shanghai Fosun Pharmaceutical Group said in a stock exchange filing that its unit in Hong Kong submitted a non-binding bid July 19 for a stake in U.S. based Arbor, which KKR & Co. LP a private equity firm backs.

In another filing, Shanghai Pharma said it submitted a bid that was non-binding as well for Arbor on July 19 as well.

The size of both stakes were not released by either of the two companies that they bid for and the financial terms were also not disclosed, but both said they are not in exclusive talks with Arbor.

Fosun Pharma announced that its unit in Hong Kong would begin due diligence to figure out what its next steps would be.

Arbor appointed Merrill Lynch to take care of its sale process, which attracted 6 or more preliminary bids, with most from companies in China and private equity companies, according to those close to the situation. The bank made no immediate response to requests for comments.

Some bidders might seek control of Arbor, said two sources, adding the discussions are still in the early stage.

A possible deal could give Arbor a value of $3 billion, said two of the people. It is reported that bidders were looking to acquire between 20% and 30 % of the company.

No response was given by Arbor when requested on Monday. The talks remain confidential and sources said that details could not yet be released.

KKR, which is based in New York, agreed to acquire over 25% of the company’s shares in December of 2014, in an agreement that put a value of Arbor, which is privately held, at more than $1 billion.

More and more mergers and acquisitions are taking place in the pharmaceutical market as competition heats up and margins become thinner.