Self-Driving Cars Race Narrowing Due to Doubts Over Profit 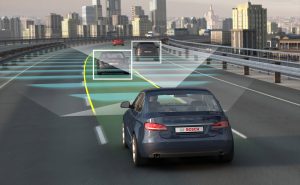 Daimler and BMW, the world’s two top makers of luxury vehicles, have announced strategic alliances with their suppliers, touting the advantages of having a larger pool of engineers to continue development of an autonomous vehicle.

However, another motive driving these deals say industry experts and executives, is the concern that self-driving cars might not reach the profit expectations that helped to drive the initial investment rush.

Automakers are looking more and more to foregoing outright ownership of autonomous driving systems in the future, in favor of spreading out the risk and investment burden.

This trend clearly is a shift in overall strategy from just over one year ago, when the majority of carmaker pursued their own strategies that focused on grappling with the engineering challenge that comes with developing an autonomous car, rather than the business side.

One member of the board of directors at one of the carmakers in Germany said that although the market is substantial, it might not be worth the amount of investments currently being made.

Dozens of businesses, including automakers and technology firms such as Uber and Google, are battling for a share of the market which, according to one consulting firm in the industry, will only manufacture between 10% and 15% of the overall vehicles for Europe by 2030. That means there will for sure be losers in this race.

It is impossible to believe that one day there will be over 50 autonomous vehicle makers that are successful, said a strategist with a consulting firm based in Michigan.

During July of 2016, BMW was the first major automaker to abandon solo development of autonomous vehicles to team up with Intel, the chipmaker, and Mobileye the software and camera maker to build a new platform for self-driving car technology within five years.

That decision came after senior executives with BMW took a trip to visit suppliers and startups to gauge the competitive position of BMW.

BMWs Klaus Buettner a vice president of autonomous driving projects said when sitting with other companies, one can see the technological challenges as well as the safety aspects and quickly realize many involved in this are swimming together against the same current.

Daimler, the parent company of Mercedes-Benz, since has combined its efforts with those of Bosch, a supplier, while Honda a Japan-based carmaker said it was open to an alliance or alliances in the area of self-driving vehicles.