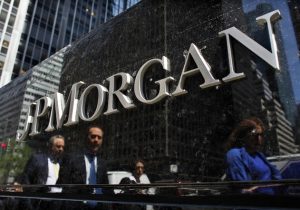 JPMorgan has launched a new securities index known as MAX. In the new index mortgage-backed securities of 20 years, 15 years and 30 years are combined. Tracking error is reduced since updates are made beginning with the sixth business day every month as opposed to 15th business day that is applied in the case of other indices in the market.

“Agency MBS is one of the largest and most liquid asset classes in the US. With the launch of MAX, we hope to further engage our clients who wish to invest in this sector,” said JPMorgan’s Agency MBS Research, Brian Ye.

With the new index transparency will be introduced as well as accurate pricing. Volatility will also be reduced since prices will be settled on the same day. The structure that the MAX index uses is supported by such platforms as BondStudio, PricingDirect and Global Index Research Group which have product experience stretching into decades. The index is priced by valuation vendor PricingDirect, a JPMorgan Chase affiliate.

The launch of the MBS index comes a few days after the lender reached an agreement to pay $148 million together with Deutsche Bank in resolution of claims that the two acted in a conspiracy aimed at manipulating the Libor rate. While JPMorgan will pay $71 million Deutsche will fork out $77 million. However the two financial institutions failed to admit wrongdoing in the agreements which a judge must approve. The two lenders also committed themselves to cooperating with investors who have lodged lawsuits against other banks.

Some of these investors include California State Teachers’ Retirement System, Management LP, Hayman Capital and Sonterra Capital Master Fund. The investors have sued a total of three brokerage firms and 21 banks with accusations that they manipulated the rate in the years between 2006 and 2011.

In the last half a decade some of the largest banks in the world have parted with billions of dollars in order to settle allegations that they rigged the Libor, an interbank offered rate in London used a financial benchmark and which is used to determine the interest rate.

Other banks which have paid the fines include Citigroup which paid approximately $23 million a little over a year ago. Citi was the first to settle and this was followed by HSBC Holdings which paid $35 million. Other financial institutions which are cited as defendants include Royal Bank of Scotland, Barclays and UBS Group.