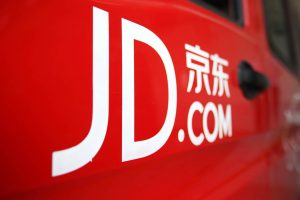 JD.com, an online retailer based in China, has cut off ties with Tiantian, a courier group. The second largest online retailer in China after Alibaba told merchants to avoid using the services of Tiantian. This comes three months after JD unveiled its own logistics division.

According to JD.com the termination of the cooperation with Tiantian was purely about the quality of the service.

“…they [Tiantian] showed up as the worst among our feedback from customers. This is not about data, just performance,” said JD.com.

The move, which comes as competing retailers in China jostle for control of the entire online retail process, received criticism from Suning’s vice president, Sun Weiming. Suning has a stake in Tiantian that it purchased earlier this year. Weiming was quoted on social media as saying that while JD.com is allowed to make mistakes it should not act in an evil manner.

Suning is both an online and offline retailer and as such competes directly with JD.com. China’s largest online retailer and JD.com’s rival, Alibaba, also has a stake in JD. A vice president at Tiantian, Xu Jianguo, said the beginning of their problems was when Suning made an investment in Tiantian as it coincided with accusations of poor service.

Following the rapid growth of online shopping the logistics sector in China has boomed and in the last decades revenues have grown more than tenfold according to the postal bureau of the world’s most populous country. Some of those who have benefited from the boom in the logistics sector include Wang Wei whose courier firm SF Express went public earlier in the year making him the third-richest person in China.

Part of the reason courier firms in China have become hot properties is because of the consumer data they hold. With ecommerce generate massive amounts of valuable consumer data for online retailers such as where and when a package is sent and received. The result has been increasing rivalry between online retailers and courier services with regards to who gets to control the data.

According to China Market Research Group’s managing director, Shaun Rein, the online retailers want to be in control of the whole process based on the thinking that gaining control over logistics will assist them in sending packages faster and consequently yielding higher customer satisfaction. Alibaba has long had a logistics arm while JD.com launched its own a few months ago.