American Tech Giants Have Cause To Worry Outside Their Domestic Market 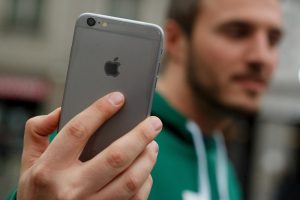 Following a record antitrust fine of $2.7 billion imposed on Google by the European Commission, there is reason to believe that American technology companies will face increased scrutiny in matters of security, privacy and fairness outside their domestic market. In the recent past some of the household tech brands from the United States have managed to achieve rapid growth globally leading to the view that they can do business in any place on their own terms.

That view is, however, coming to an end as even giants such as Apple have been forced to play by the rules set by national governments outside their domestic market of the United States.

“Legislators, administrative bodies, and courts around the world are starting to take on giants like Google, Facebook, and Amazon,” New York-based transnational lawyer Ivo Entchev says.

While it is not clear whether recent actions by various legal jurisdictions around the world against U.S. tech behemoths is temporary or will become a threat that is long-term and existential, there is reason for these companies to worry. According to Entchev, local laws could be used by regulators to intrude into the operations of the tech firms in unprecedented ways thereby ending or stifling their revenue growth.

With the European Union being where U.S. tech giants are feeling the heat the most in terms of regulatory actions, some have come to view these as examples of sore-loser behavior. Two years ago former U.S. President Barack Obama said that the zeal with which the European Commission was carrying out its mission with regards to American tech firms was as a result of the fact that native European tech firms were unable to compete and so roadblocks had to be imposed.

Besides Google, other U.S. tech firms that have faced the wrath of the European Commission include Apple. In the course of the past year, the iPhone maker has been ordered to pay back taxes amounting to over $13 billion.

Uber is also another U.S. tech firm feeling the heat in Europe. The top court in the European Union is expected to approve a decision made by authorities in France which hit executives of the ride-hailing firm with criminal charges over allegations that they were running an unlicensed taxi operation.

Outside of Europe Google was also last month forced by Canada’s Supreme Court to delete search results not only in Canada but across the globe. This was in an intellectual property case.