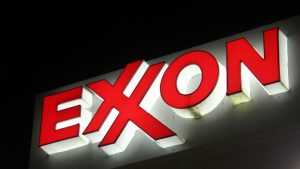 The U.S. Department of Treasury has ordered to ExxonMobil to pay a fine of $2 million for disregarding sanctions that had been imposed by the United States government on Russia. Violation of the sanctions occurred when Rex Tillerson, the current U.S. Secretary of State, was the chief executive officer of the oil major. ExxonMobil consequently filed a suit against the government with a view to stopping the fine.

According to the U.S. Department of Treasury, violation of the sanctions occurred when Exxon signed deals in mid-2014 with Igor Sechin, the chairman of Russian oil giant Rosneft. Sechin, who is a longtime business associate of Tillerson, was also blacklisted by the United States as part of the sanctions that were imposed on Russia and some Russians following the annexation of Crimea by the world’s largest country in area.

In the month when the deals were signed by Exxon Tillerson is on record as saying that the oil major is generally opposed to sanctions since it finds them ineffective. But the oil giant went on to maintain that it had done no wrong despite OFAC (Office of Foreign Assets Control) saying that Exxon’s actions of disregarding the sanctions resulted in significant harm to the program.

Almost immediately after the announcement of the fine, the oil major filed a lawsuit against the U.S. government and the Secretary of Treasury, Steven Mnuchin, on the grounds that the government had informed business organizations that they could conduct business with Rosneft.

According to Exxon the U.S. Department of Treasury had indicated that an American chief executive officer could attend a board meeting of Rosneft together with Sechin on condition that the meeting had nothing to do with the personal business of the Russian oil magnate. At the time the sanctions had not been imposed on Rosneft.

“OFAC seeks to retroactively enforce a new interpretation of an executive order that is inconsistent with the explicit and unambiguous guidance from the White House and Treasury,” read part of the suit that Exxon filed.

As the United States’ top diplomat, the Secretary of State had reiterated that the sanctions will not be removed until Russia returns Crimea back to Ukraine. There will, however, be concerns over Tillerson’s ability to ensure that the sanctions are enforced since they were breached by Exxon when he was the company’s top executive. It also raises questions on whether Tillerson will have the credibility to marshal European support in enforcing the sanctions.

Arcona Trading Down 3.8% Over Last 7 Days