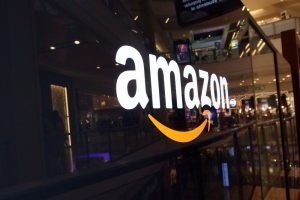 Josh Sandbulte, a money manager and shipping industry analyst, has claimed that the United States Parcel is subsidizing Amazon’s parcel shipping efforts. About 66% of Amazon’s deliveries in the U.S. are made by USPS.

According to Sandbulte, who is also Greenhaven Associates’ co-president, the USPS enjoys the legal monopoly of delivering first-class mail or non-urgent letters in the United States. Also with regards to mail the USPS is needed to deliver to every address in the United States six days in a week. But with the coming of electronic mail, there has been a dramatic decline in the quantity of physical mail that is being sent and so the USPS has chosen to supplement its mail delivery business by delivering packages.

However, the legal monopoly granted to USPS does not include delivering packages. To address this problem of the USPS enjoying an unfair advantage with regards to package delivery, legislators passed a law which barred the postal service provider from charging less for delivery than the actual cost of delivering a package. According to Sandbulte, the USPS may be undercharging clients of its package delivery service due to miscalculations on the cost of delivering packages.

A decade ago the regulator and the USPS made a determination to the effect that approximately 5.5% of the fixed costs of the postal service should be allocated to the delivery of packages. At present about a quarter of the business for USPS is package delivery and yet the fixed costs have remained the same. This is what has led Sandbulte to conclude that package delivery by the postal service provider is being subsidized by first-class mail.

An analysis carried out by Citigroup three months ago revealed that if there was a fair allocation of expenses, the cost of delivering an average parcel would be $1.46 more. This ends up benefiting online retailers such as Amazon.

“It is as if every Amazon box comes with a dollar or two stapled to the packing slip – a gift card from Uncle Sam,” wrote Sandbulte in a piece that appeared in the Wall Street Journal.

According to Sandbulte this is because high-volume shippers such as Amazon can drop off packages that are presorted at the USPS depot after which the postal service provider will make the ‘last mile’ delivery. And in the case of Amazon, the online retail giant is able to enjoy low rates unlike its competitors.

Peloton Interactive, Inc. Given Average Rating of “Hold” by Brokerages