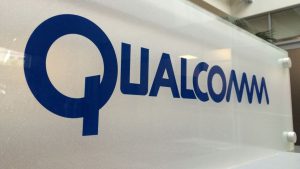 Following the failure of Qualcomm’s legal efforts to stop the European Union from demanding that the chipmaker provide information required for an antitrust case involving its sales tactics, the San Diego, California-based tech company faces fines amounting to $665,000 a day.

According to Marc Jaeger, the president of the EU General Court, Qualcomm must answer the questions put forward by regulators since it failed to show that the demand by the continental body would place the financial health of the business or the business itself at risk.

“The applicant does not claim that its financial viability would be at risk or that its market share could be affected substantially,” said Jaeger in the ruling that was delivered on July 12.

The case against Qualcomm is based on complaints that were made seven years ago by Icera, a radio frequency software company whose ownership is now in the hands of graphics chip company Nvidia. Qualcomm was accused by Icera of selling to two customers cellular baseband chipsets below costs. This prevented the technology of Icera from establishing itself in the market. In July 2010 Qualcomm was asked to make a response to the charge.

Five years later Qualcomm was informed by the European Commission that a preliminary investigation had come to the conclusion that the chipmaker had been involved in predatory pricing. In January 2017 Qualcomm was asked to provide additional documents within 30 days and extensions were negotiated until the end of last month.

In court filings Qualcomm had indicated that the cost of obtaining the material demanded by the commission was close to $3.5 million. According to Qualcomm answering the first question in a lengthy EC questionnaire would require the chipmaker’s finance department to search through over 120 boxes kept in a warehouse. 16 external advisers and 50 employees would also have to be engaged in the effort.

This is not the only legal battle Qualcomm is fighting globally with regards to its business practices. Qualcomm has also been charged with another antitrust violation by the European Commission over allegations that the chipmaker entered into a chip supply agreement that was exclusive with a major maker of mobile devices six years ago. The chipmaker has also been fined millions of dollars by the anti-trust regulator of South Korea.