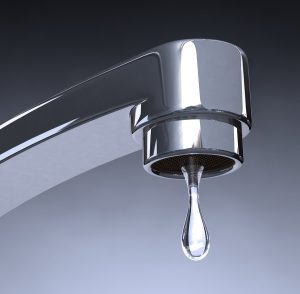 Last year, bottled water consumption in the United States reached 39.3 gallons per capita, which might sound impressive on its own but it is a crucial statistics as the number has surpassed that of carbonated soft drinks, which fell to 38.5 gallons per capita, according to the Beverage Marketing Corp. To put this into perspective, soda per capita consistently exceeded 50 gallons around the turn of the millennium. Also, bottled water sales volume rose nearly 10 percent—to 12.8 gallons—in 2016 (when compared to 2015).

Beverage Marketing Corp chairman and chief executive Michael Bellas comments, “When Perrier first entered the country in the 1970s, few would have predicted the heights to which bottled water would eventually climb.”

Bellas goes on to say, “Where once it would have been unimaginable to see Americans walking down the street carrying plastic bottles of water, or driving around with them in their cars’ cup holders, now that’s the norm.”

And knowing this, large soft drink companies—the likes of PepsiCo and Coca-Cola—are throwing down some serious investment for bottled water brands. As a matter of fact, Pepsi bought a 30-second Super Bowl ad just to promote its new bottled water brand “LIFEWTR”.

But not everyone is impressed or excited about the growing popularity of bottled water. Sure, it is healthier than drinking a lot of soda but Mae Wu—the health program attorney for the National Resources Defense Council, a Washington DC-based nonprofit environmental advocacy group—advises that most of the time bottled water is just municipal tap water. Wu comments, “The general public thinks bottled water is going to be safer and cleaner than tap water.”

Scientists—and author of “Bottled and Sold: The Story Behind Our Obsession with Bottled Water”—Peter Gleick, warns, “For the most part, that’s not true,” because nearly half of all bottled water brands are sourced from municipal sources. Both Dasani and Aquafina admit they use public water sources but contend that they filter the water for purity using a “state-of-the-art” process.

And, according to Goethe University Department of Aquatic Ecotoxicology studies of European bottled water brands—studies conducted in France, Germany, Italy, Switzerland (published in 2011 and 2013)–bottled water still has chemicals. In fact, the studies found bottled water to contain endocrine disrupting chemicals (EDCs) that can mimic the body’s natural hormones and linked to various health conditions, including diabetes, cardiovascular disease, and heart disease.

Reviewing Centrus Energy and Its Peers