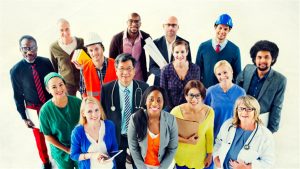 The Roseland, NJ-based ADP Research Institute has just released its US employment report, and apparently there is good news to be celebrated. According to the report, businesses in the United States added roughly 298,000 jobs in the month of February. If that sounds like a lot, you are correct: as a matter of fact, it is the most monthly growth we have seen in the last three years.

Some say the unseasonably warm weather is helping to heat up the labor market.

Mark Zandi is the chief economist with Moody’s Analytics, who compiles this annual report. He comments, “February was a very good month for workers. Unseasonably mild winter weather undoubtedly played a role. But near record high job openings and record low layoffs underpin the entire job market.”
That might be true, as the major contributors to job growth were in the construction, mining, and manufacturing sectors—who all grew at their fastest paces, respectively, in many years. With their surge, jobs growth reached a pace of 261,000 in January, obviously on its way to the new three-year high.

Similarly, ADP Research Institute vice president, Ahu Yildirmaz, notes, “February proved to be an incredibly strong month for employment with increases we have not seen in years.”

Breaking this down, the construction sector added roughly 66,000 new jobs, which is actually its best turnout in more than a decade. The manufacturing sector added 32,000 jobs—the most in half a decade—and the mining industry held strong on its steady growth after years of hemorrhaging jobs, with 8,000 new positions last month alone.

But it also appears that this momentum may not be solely in the blue-collar sectors. Indeed, other labor market indicators continue to prove that February was one hot month—literally and figuratively. According to LinkedIn—the largest professional network on the internet—both January and February were the strongest consecutive hiring months since August and September of 2015. Perhaps more importantly, initial jobless claims—new unemployment insurance filings; a gauge for layoffs—hit a forty year low, and one index of the service industry labor sector employment revealed higher growth in February as well.