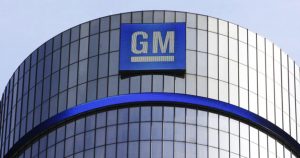 On Wednesday, General Motors Co announced a plan to add roughly another 220 jobs and to hold onto another 680 jobs at its Michigan facilities within the next year. The company makes this resounding pledge as President Donald J. Trump visits Michigan for the very first time since taking his seat in the Oval Office as head of America.

GM says that the 220 new jobs will be created at its Romulus Powertrain Plant, aimed at boosting production of the 10-speed transmission currently managing the speeds of several models. In addition, the carmaker says that it will also retain 180 jobs at its Flint Assembly Plant, where the company produces its heavy-duty Chevrolet Silverado and GMC Sierra pickups. Finally, the company says it has plans to redeploy workers from the Lansing Delta Township Assembly Plant.

General Motors Corporation spokesman Pat Morrissey comments, “We haven’t fundamentally changed any of our plans, but we continue to look for ways to improve our operations and find ways to help the country, grow jobs and support economic growth.”

He goes on to say that Trump’s premier visit “gave us a positive venue to share good news for the state of Michigan – and specifically for our plants and people in Flint, Romulus and Lansing.”

This announcement is important, of course, because the Detroit automaker has, and very recently in fact, announced many US job cuts as well as some new investments. This includes additional investments totaling upwards of $1 billion USD in US factories.

And these investments, of course, come as President Trump continues to urge GM (and other automakers) to focus on building more cars in the United States, as part of his pledge to further boost the country’s manufacturing jobs (and to discourage companies from sending work to foreign entities, like Mexico).

Still, though, it is important to note that General Motors has not made an about face on its earlier announcement to lay off the third shift workers at the Lansing Delta Township plant; an announcement made in May. This will ultimately affect 1,100 hourly and salaried workers.

GM Chairman and CEO Mary Barra comments, accordingly, “The job commitments announced today demonstrate the confidence we have in our products, our people and an overall positive outlook for the auto industry and the U.S. Economy.”

Eaton Raised to Buy at StockNews.com