Student Loans: Predatory Lending Whether the Law Recognizes it or Not

Posted by Vince Mercandetti on May 4th, 2016 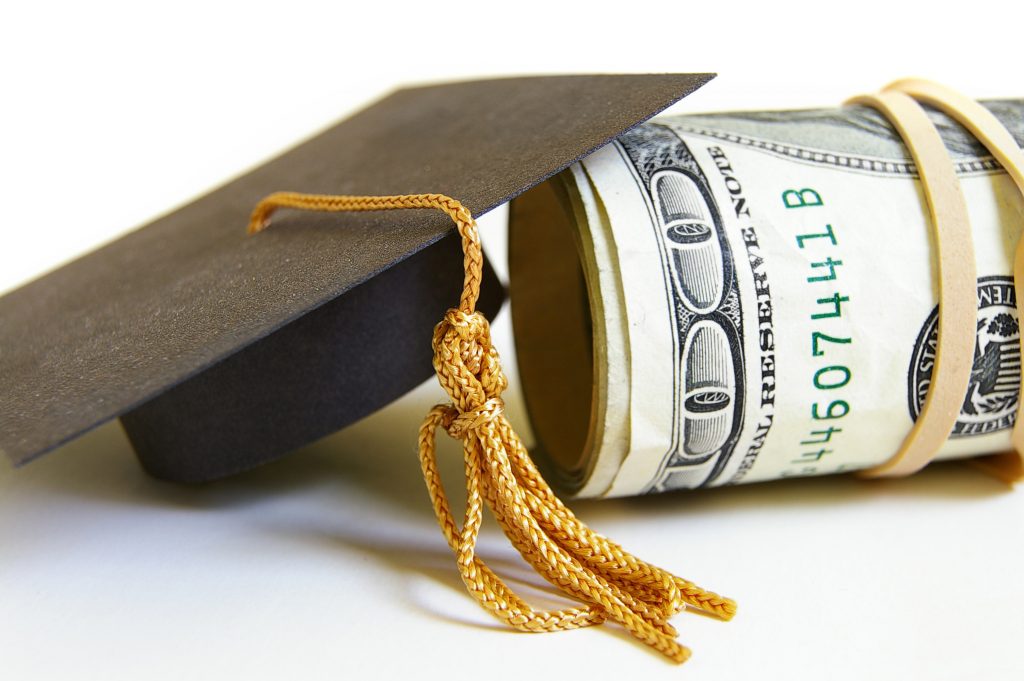 Student loans are a scam and the game is rigged against you. This isn’t a revelation for millions currently in debt around the country because they wanted to pursue a better life for themselves, but it should be a warning sign for the millions more who will face the decision soon or in the future.

But first, a little about myself.

I went to college, almost exclusively on loans. Why? Because I was 17 and ready to move away from New Jersey to experience something new. College is all about new experiences. So is life.

So I was content on moving out of state (goodbye in-state tuition) and had worked my entire life to have grades acceptable enough for college. From the age of 10 I saw my sisters start heading to their higher educations and from even earlier my parents encouraged me to attend when the time came. After all, they wanted a better life for me than they had themselves and even they still went to college a generation earlier. Back then, a summer job paid off tuition, or you could work and go to school and break even.

My parents encouraged me to get the best education I could and not worry about the rest. After all, wages rise with the economy and by the time I graduated my salary should match my student loans.

No harm, no foul, but at least I had an education and could break through the “glass ceiling” to an extent.

So I worked my butt off and was accepted to a private school in Connecticut where I graduated in four years. I had decent grades in high school and followed suit in college, not in the top of my class, but plenty intelligent enough to be in the class. Not out of place enough to drop out, but not someone getting invited back to speak to alumni.

Six figures later I was set to graduate, and it wasn’t until my junior year I even found out my degree paid $25,000 per year upon graduating. Sure, the Federal Bureau of Labor and Statistics may have helped me out to an extent, but there are no entrance counseling sessions for college and accrediting bodies do not require future salary projections as means for degree selection.

During my time in school I worked at a bank and can still vividly remember the serious look on my manager’s face when she told me never to target anyone who looked under the age of 21 about credit cards because it could be considered predatory lending. Our credit cards at the time started out with $1,000 limits depending on credit history.

It was considered illegal and malicious to target people under the age of 21 because of the risk of putting them in $1,000 worth of debt without them understanding the circumstances.

Naturally, when I was 17 my guidance counselors, my teachers, my principles, my parents and everybody else in my support system, one of the best and well put together support systems I could ask for and from one of the top public schools in the country, did not look at the financials when encouraging me to attend a University. Nobody was there to explain it.

Nor did anybody explain to me how the interest worked on a loan, or that the economy from a different bubble- a housing bubble- would crumble six months before I graduated, leaving me with options between non paying internships or jobs paying between $25,000-$28,000 in the state of Connecticut. I was paying $400 in rent living with three guys I met off Craigslist in a side house from a landlord I never met and paying $700 in student loans per month by the time my loans came due.

Nobody explained the interest isn’t like most loans where it adds a certain percentage onto the principal and then you pay that. It’s daily occurring and you have to pay it first, so if you borrow say, $10,000 with 10% interest, you’re paying on the interest first and whatever else you can afford goes to the principle, you’re not paying $11,000 divided by your repayment plan. So therefore the loans are designed to you’re constantly paying towards “air” and never to what you actually borrowed.

And I would love to bite the bullet and blame my parents solely for agreeing to all of this. Surely, adults should know better and my Grandmother should have never agreed to co-sign, but then I worked in higher education for two and a half years. I witnessed thousands of kids and their families with a passion and a dream, the same passion and dream every parent across the country was selling on their kids with potential, bulldoze through financial details and numbers in order to get their kid what they earned and worked for all those years through high school.

Whether or not it’s naive or foolish to encourage yourself or your kids or friends to go to college is besides the point. I would not have gotten to where I am without a college degree. Not because of what I learned while attending but more because you need that piece of paper to get far unless you are an entrepreneur. Especially now, in a day and age where as I was graduating, more and more of my friends part out of necessity and part out of fear, stayed behind and obtained a Masters’ degree as well.

Let this be a guide towards how to avoid student loan debt but still achieve your goals so we don’t keep making the same mistakes while Congress identifies if $1 trillion dollars of debt for seeking a mandatory higher education is good or not for the future of the country. With the proper tips and tricks, we can avoid this unidentified predatory lending together.