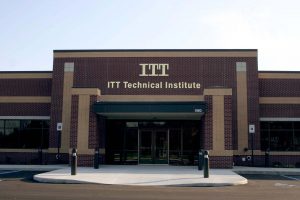 In the latest headache for for-profit chain ITT Educational Services, it is now under the threat of having its accreditation revoked. In a corporate filing, ITT officials revealed that the Accrediting Council for Independent Colleges and Schools has called into question “the institutions’ administrative capacity, organizational integrity, financial viability and ability to serve students,” and asked the company to show “why its current grants of accreditation should not be withdrawn by suspension or otherwise conditioned.” The company has been asked to submit information to address various allegations ahead of the next accreditation meeting.

Unsatisfactory answers to the council’s questions could quickly lead to ITT schools losing their accreditation, which would effectively shut down its technical schools. The accreditation agency is rightly concerned about a string of state and federal investigations, lawsuits and regulatory actions against ITT. To date, the for-profit chain is being investigated by at least 18 attorneys general and three federal agencies.

Earlier this month, Massachusetts Attorney General Maura Healey filed a lawsuit against the embattled education chain for engaging in abusive sales tactics from 2010 through at least May 2013. The lawsuit alleged that the company lied to prospective students at two campuses in Massachusetts, saying that 80 to 100 percent of graduates found jobs in or related to their field of study, when the actual rates were 50 percent or less. Even the lower rate was misleading because it also included graduates with internships, jobs selling computers at big box stores, and providing customer service for an airline as students working in their field of study.

According to the complaint, ITT was also allegedly pressuring people to enroll in programs of dubious quality. Former recruiters stated that they were tasked with persuading students to visit a campus as soon as possible, so they could then be pressured to apply, take an admissions exam, and complete a financial aid appointment all in the same day. The recruiters said that they were expected to call up to 100 prospective students per day and were publicly humiliated when they failed to meet their quotas. ITT has denied the charges.

ITT is also facing sanctions from the U.S. Department of Education. The company was accused of failing to account for millions of dollars in aid disbursed to students over the past five years. Of particular concern was its disbursal of Pell Grants, a form of financial aid for needy college students. Because of the sloppy accounting, the agency has barred ITT from disbursing federal financial aid before the start of classes and has required the school to submit monthly enrollment rosters with aid information.