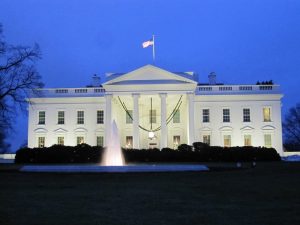 An investigation by the Department of Homeland Security (DHS) has uncovered the potential use of sophisticated cell phone surveillance devices in sensitive areas around Washington DC, including near the White House. According to a letter sent May 22 to Sen. Ron Wyden, Oregon Democrat, by Christopher Krebs, the acting head of the DHS National Protection and Programs Directorate, the investigation found “anomalous activity that appeared consistent with IMSI catcher technology”.

Federal officials made the discovery while conducting a pilot project from January to November of 2017 meant to identify and investigate activity around the nation’s capital involving the surveillance tools. It’s not clear who may have operated the devices, but it’s possible they belonged to a foreign adversary. Investigations were subsequently launched by law enforcement and counterintelligence agencies.

In a previous communication to Sen. Wyden, DHS said that there were signs these types of devices were being used in the Washington, DC area. This was the first time federal officials acknowledged the potential use of these devices near the White House. The news may have been particularly alarming to those who communicated regularly by cell phone with President Donald Trump.

Sen. Wyden has long called for the Federal Communications Commission to do more to protect the communications of Americans. He recently tweeted, “The FCC can & should conduct an independent assessment of the security of US phone networks, identity which networks are lagging behind, & then force those companies to up their security.”