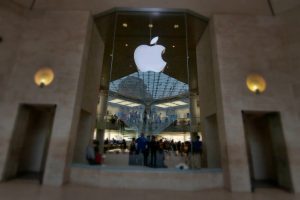 There have been indications that iPhone X sales were not as strong as expected. While the newest iPhone was expected to be a hard-to-find item after it launched in November, many customers were able to get one easily after the first few weeks. Apple recently halved the production run of the device to 20 million units.

However, Apple CEO Tim Cook says the iPhone X remains the top seller. The iPhone unit generated $61.58 billion in revenue, up 13 percent from a year ago. In a press release, Cook said, “iPhone X surpassed our expectations and has been our top-selling iPhone every week since it shipped in November.”

The holiday quarter is typically Apple’s largest, accounting for more than a third of its revenue. Just how well the iPhone X actually performed remains a mystery. Apple doesn’t break out the sales figures for specific iPhone models.

The company’s iPad unit saw 13.2 million units shipped during the holiday period, increasing shipments 1 percent with a 6 percent increase in revenue. Apple’s services business generated $8.47 billion in revenue, up 18 percent from a year ago. Apple’s chief financial officer, Luca Maestri, said the revenue in the services unit was lower because the holiday quarter was only 13 weeks this year, rather than 14 weeks like last year.