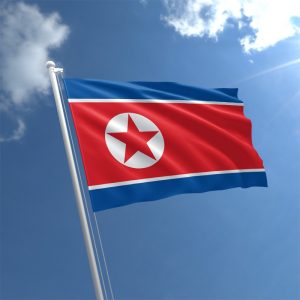 A joint cultural performance between North Korea and South Korea scheduled for Feb. 4 has been canceled. The performance was to be held in the North Korean territory of Mount Kumgang. The two Koreas had been in discussions regarding final details over the joint performance. The North said it had no choice but to call off the event.

The reason for the program’s cancelation was cited as the activities of South Korean media in encouraging “insulting” public sentiment regarding the North, according to South Korea’s unification ministry. The ministry said the North was also angry over media reports about a possible military parade to be held February 8, a day before the opening of the Games. Seoul said the decision to cancel the joint performance was “very regrettable.”

It was agreed that the nations would march under a unified flag. The two countries have also decided to form a combined women’s ice hockey team for the Winter Olympics. Twelve North Korean female ice hockey players crossed the border last week to join their counterparts in the South.

The two countries have also been discussing a different concert in South Korea by a North Korean orchestra and have been making plans to send South Korean athletes to train at a North Korean ski resort. Art performances and a taekwondo demonstration were among other events agreed with the North. The North is also sending hundreds of delegates, cheerleaders and performers.

Some South Koreans believe that President Moon Jae-in gave up too much to the North to have them participate in the Games. South Koreans have complained the unified women’s hockey team was unfair to the South Korean players, who will lose playing time. Over a hundred petitions protesting against the unified team have been created on the presidential Blue House’s website.

Tensions on the Korean peninsula have reached their highest point in decades due to rapid advances in North Korea’s nuclear and conventional weapons programs. Its latest ballistic missile test sparked fresh sanctions from the UN. The two countries split in a 1950s civil war.