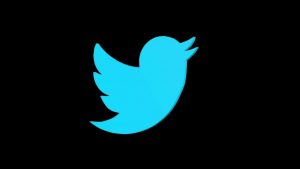 Twitter (NYSE: TWTR) administrators have begun suspending or closing social media accounts judged to promote hate, glorify violence, or threaten others. According to the company, hateful imagery includes logos, symbols, or images aimed at promoting hostility and malice based on race, religion, disability, sexual orientation, or ethnicity/national origin. Its policy also bans accounts with profiles that include violent threats, slurs, or “racist or sexist tropes.”

Because it is a private company, Twitter has the legal right to block any speech it desires. The First Amendment only applies to government control of speech. The company said in its statement, “While we want people to feel free to share media that reflects their creativity or individuality, or to show what’s happening in the world, we will take action when it crosses the line into abuse towards a person, group, or protected category.”

This is the latest move by the San Francisco-based company to address complaints about rampant harassment on its site. Twitter says some of the suspensions are temporary while some others are permanent. The company’s policy contains exemptions for government officials and the military.

White nationalist Jared Taylor and his American Renaissance group have had their Twitter accounts suspended, along with the American Nazi Party. British far-right activists Jayda Fransen and Paul Golding have also had their accounts suspended. Twitter also suspended an account belonging to the New Black Panther Party. White nationalist Richard Spencer’s account remained active, but he has tweeted that he lost more than 100 followers as the suspensions began. Users who protest the suspension do have the option to appeal.

The Anti-Defamation League commended Twitter for the move. The company has been repeatedly criticized for allowing the service to be used as an organizing tool for extremist groups. President Trump recently retweeted unverified anti-Muslim videos posted by Britain First, an anti-immigration organization termed a hate group by some British lawmakers. Twitter currently has about 330 million monthly active users.

Some prominent white nationalists have called the move a “purge” and attack on free speech. Critics are saying that the company is silencing voices for offering unpopular opinions. The hashtag #twitterpurge has begun circulating among twitter users sympathetic with the white nationalists booted from the platform. Some disappointed with Twitter’s move have turned to an alternative social media service, Gab, to continue communicating with each other.