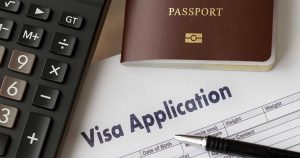 The Trump Administration is planning to make sweeping changes to the H-1B visa program popular with technology companies. A “Buy American, Hire American” executive order signed by President Trump in April called for the H-1B visa program to be reviewed with the aim of reforming it. The program issues 85,000 visas each year that are valid for three years and can be renewed for another three years.

The H-1B is commonly used by highly skilled foreigners to find work at companies in the U.S. Those visa go to individuals with jobs that require a “theoretical and practical application of a body of highly specialized knowledge.” The government says that the changes are meant “to increase focus on truly obtaining the best and brightest foreign nationals.”

The spouses of foreign nationals who hold H-1B visas may have their work privileges eliminated under the new plan. In February 2015, the Obama administration dictated that such spouses could legally find work while in the U.S. on H-4 dependent visas. Before this rule was introduced, the spouses of H-1B workers were fully dependent on them during this time.

A proposal from the Department of Homeland Security says it intends to do away with that rule. A proposal, titled Removing H-4 Dependent Spouses from the Class of Aliens Eligible for Employment Authorization, recommends discontinuing the work permits of H-4 visa holders in 2018. The notice was posted on Dec. 14 as part of a bi-annual list of regulations by various federal agencies. The department didn’t explain its reasons for the decision.

The H-4 visa debate was sparked by an April 2015 lawsuit by a group called Save Jobs USA, who argued that the visas threaten American jobs. Save Jobs USA is a group of computer-industry workers who said they had been replaced by foreign-born employees. Attorney General Jeff Sessions has said in the past that the H-4 rule “hurts American workers.”

The Trump administration plans to reevaluate the eligibility rules for H-1B visas. Plans also include revising the definition of what occupations may participate in the program. The administration has already temporarily halted premium processing for H-1B visas, wherein visa applications are processed within 15 days for an additional fee.