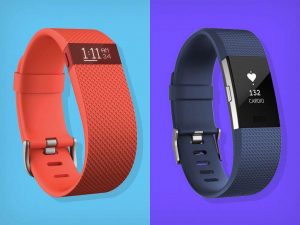 Fitbit has finally responded to the massive competition from the likes of Apple by launching its first smartwatch called Ionic.

Apple and other companies with smart watches fitted with fitness trackers have proved to be a significant threat for Fitbit whose core business has been fitness tracking. One of its most popular products was the Fitbit Blaze. However, the company has decided to get out of its comfort zone and finally venture into the smartwatch market with its new product, the Ionic which is the company’s first true smartwatch. The firm unveiled the device on Monday, revealing it as a direct competitor with the Apple Watch.

Fitbit’s pricing for the device will be sub-$300 to make it more attractive to buyers compared to what the competition is offering. The device will also double down on fitness tracking since it is its core focus but it will also have other capabilities such as sleep tracking, the ability to play music, and contactless payments among others.

“It might be the smartwatch that unseats Apple,” stated Gizmodo.

Fitbit also announced that the Ionic will be available in stores in October, which is just in time for the company to take advantage of holiday sales. The company is also ticking most of the boxes that will allow it to be on par with the Apple Watch. For example, the new device is water resistant meaning it can be used during a swimming session and one can even take a shower without having to take it off. Additionally, it will feature GPS tracking and support for third-party apps. Fitbit claims that the wearable device can achieve four days on a full charge.

The Ionic runs on the new Fitbit OS which the company claims will be installed in the future Smartwatches that it will produce. This means that the company has plans to release more smartwatches in the future. Meanwhile, Fitbit might be a bit late in the smartwatch business but it is still determined to make its mark and take on the Apple Watch as its main rival.

However, the market is currently characterized by a growing number of smartwatches from other manufacturers, making it an increasingly competitive market. Despite this, Fitbit is convinced that there are a lot of opportunities in the market, especially considering that the company has already made an impressive reputation in the fitness industry. The Ionic has so far gotten off to a good start following positive reviews.