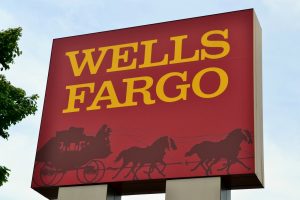 Wells Fargo & Co. (NYSE:WFC) has raised its estimate for how many bogus accounts employees may have created by nearly 70 percent. Wells Fargo said an internal review uncovered a total of 3.5 million potentially fraudulent bank accounts, 1.4 million more than previously estimated. Timothy J. Sloan, Wells Fargo’s chief executive, said the company erred on the side of its customers during the review, so the figures might include some accounts that were properly authorized.

The scandal occurred as thousands of Wells Fargo employees created accounts in customers’ names without their knowledge to meet aggressive sales goals. The employees had powerful incentives to continue the deception. Employees received monetary bonuses for meeting the bank’s sales goals and could lose their jobs if they didn’t meet them.

The bank originally stated that 2.1 million suspect accounts had been opened from 2011 to mid-2015. The period was later expanded to cover January 2009 through September 2016 and 165 million bank accounts were reviewed. According to Sloan, the bank’s internal review is now complete.

The new review did not go back as far as 2002, which was determined to be the year that executives first knew about the bogus accounts and began to fire employees over it. The company only went back to 2009 in its review because it did not have sufficient data on prior periods. Sloan said no additional Wells Fargo workers will be fired in the wake of the new findings.

Wells Fargo has been trying to rebuild its reputation since the scandal emerged. Sloan said in a written statement, “We are working hard to ensure this never happens again and to build a better bank for the future. We apologize to everyone who was harmed.” However, new issues have arisen since the internal review began.

Wells Fargo said that it had found 528,000 cases of potential unauthorized enrollments of customers in the bank’s online bill payment service. The bank said it will refund $910,000 to customers who incurred fees or charges in that matter. The company has also been accused of improperly withholding refunds from some car loan customers and charging some customers for auto insurance that they did not need. Issues have also emerged over handling mortgages improperly by making unauthorized changes to the loans of borrowers in bankruptcy and charging customers fees to extend applications that it delayed.