Apple Asks India Government for Tax Breaks for its Suppliers 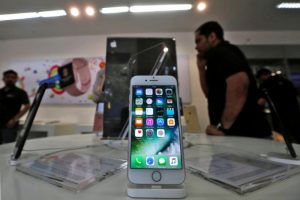 Apple Inc. has asked the government of India to give tax breaks to the iPhone maker’s suppliers if the south Asia country wants to become one of the manufacturing hubs for the iPhone and its many components.

Officials in India say that meeting the request would require the establishment of a new policy that would apply fairly to other makers of electronic devices.

The tech giant in the U.S. has been negotiating with officials in India since May of 2016, when CEO of Apple Tim Cook and India Primer Minister Narendra Modi came to an agreement to establish a production base in India that went beyond only the assembling of devices, as takes place today.

The two sides have discussed a number of different prerequisites that were submitted by Apple during October, including the exemption of duty on raw materials used in manufacturing components and for capital equipment during the first 15 years for it to make the iPhones in India from scratch.

Apple told the India government it would bring in several of the ancillary units when setting up its operations in India, one of the fastest growing markets for smartphones in the world, said a top official in the government.

The official added that Apple wants the same type of treatment given to the makers of components; tax concession, and more, but a new policy would have to be made.

The demand for these concessions could delay further the plans of Apple to penetrate the market in India, which has become the third largest for smartphones behind just the U.S. and China, but where Apple holds just a tiny 2% share.

Apple looks to India after sales for the region of Greater China, once a huge growth driver, dropped by 14% to just over $10.7 billion for the quarter ending April 1.

In May, Cupertino, California based Apple working with Winstron a contract manufacturer from Taiwan started assembling its iPhone SE in the city of Bengaluru.

The plan that Cook and Modi ordered both sides to work out however, envisages making a full range of the company’s iPhones for the local market and for export.

India would be just the second production center for the iPhone after China, and this kind of investment would be a huge victory for Modi and his campaign of Make-in-India.

In addition it would spawn a supplier’s network, in a similar fashion that India’s auto ancillary sector started feeding of Maruti Suzuki’s India production line more than 30 years ago.