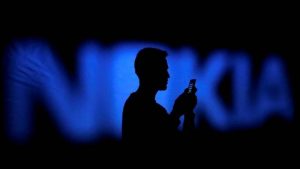 Gregory Lee has been appointed by Nokia as the Nokia Technologies’ president. The Nokia division is in charge of medical products, mobile devices branding and the intellectual property portfolio of Nokia. Lee will also join the telecommunication giant’s Group Leadership team. Prior to his appointment Nokia Technologies’ business development and strategy head, Brad Rodrigues, had been the acting president for close to a year after the exit of Ramzi Haidamus.

Some of the products that have been developed by Nokia Technologies include the Ozo virtual reality camera. The unit has also released some medial products after it acquired Withings, a digital health-tracking firm.

“Gregory’s passion for innovation and operational excellence, along with his proven ability to build and lead global consumer technology businesses, make him well suited to advance Nokia’s efforts in virtual reality, digital health and beyond,” said the chief executive officer and president of Nokia, Rajeev Suri.

Lee, a holder of an undergraduate biochemistry degree, is a University of California at San Diego alum. His career spans three decades during which time he has served as the global head of marketing for Samsung, the chief executive officer and president of Samsung Electronics in Southeast Asia. Lee has also served as the chief executive officer and president of Samsung Telecommunications in America. Before he joined Samsung Lee had stints at Procter & Gamble, Kellogg’s and Johnson & Johnson where he served in various departments including strategic initiatives, sales and product development.