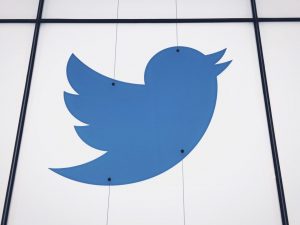 Reports indicate that Twitter is considering adding a feature which would allow users to flag tweets which contain false, harmful or misleading information. According to sources, the feature is in the prototype stage. A spokesperson for Twitter, Emily Horne, decline to comment on whether such a feature was being tested. She denied that there existed any plans to roll out the feature any time soon.

“There are no current plans to launch any type of product along these lines,” said Horne.

The sources further indicated that the feature would be in the form a tab which would appear when a drop-down menu is clicked on.

Like other social media companies, the microblogging platform is currently battling rampant abuse that exists on the social media service. Some of the issues of abuse that have been prevalent on Twitter include fake accounts which can be bought for pennies and which are sometimes used to propagate false stories and automated messages. Third parties have for instance estimated that about 66% of Hillary Clinton’s followers are bots while the number of bots following President Donald Trump is 59%. Through such accounts, extremists have used the service to recruit while hate mongers have used it to threaten minorities and women.

Though these issues had been ongoing for quite a while, the 2016 U.S. presidential election gave them new urgency. According to the Pew research Center, more than 60% of adults in the United States have admitted that fabricated news stories which are propagated on social media networks have been a cause of confusion with regards to public events and basic facts.

Earlier this month Twitter’s policy vice president, Colin Crowell, said that the microblogging platform was making efforts aimed at detecting spammy behaviors. Some of the spammy behavior includes having automated accounts retweeting a message countless times with a view to manipulating tending topics. Crowell admitted that the company was doubling down on efforts. Also earlier in the month Twitter had also indicated that it was adding resources and personnel.

Twitter is not the only social media company being challenged to fight back against fake news. Facebook has also become involved and parts of its efforts involve crowdsourcing the fight. Earlier in the year, Facebook unveiled a tool which allows users to flag content they consider to be false. If the content piece is flagged severally, it is then sent to fact checkers who are partnering with Facebook.