Samsung And Sony Leading In The VR Headset Market 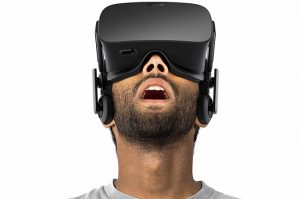 A report published by International Data Corporation shows that the Gear VR headset manufactured by Samsung is the most popular among virtual reality headsets that are currently available in the market. Having shipped approximately 490,000 Gear VR units in this year’s first quarter, Samsung now has a market share of slightly above 21%.

Though PlayStation VR is not considered as powerful as other headsets from rivals such as the Oculus Rift from Facebook or the HTC Vive, its popularity is helped by the fact that it is compatible with Sony’s gaming consoles which millions of people own already. According to IDC this fact alone will ensure that Sony will maintain its leading position in the VR headsets market.

Sony is also helped by the fact that more and more publishers of video games are willing to make titles that are compatible with the firm’s virtual reality headset. This includes Capcom which recently revealed that its horror title, Resident Evil, which was launched earlier in the year will work on Sony’s PlayStation VR headset. This availability of blockbuster content is expected to continue to benefit Sony.

The third largest supplier of virtual reality headsets was HTC which sold about 191,000 units of its HTC Vive device. Currently the HTC Vive is the most expensive virtual reality headset as it is retailing at $800. Despite this it continues to be popular especially in Asia and particularly in the commercial space. Imax is for instance one of the takers and in its VR arcades that are set for launching this year, the HTC Vive will be used.

Coming in at the fourth position is Oculus Rift headset which sold 100,000 units. When it was launched in spring last year, the Rift encountered myriad challenges including legal battles and shipping delays. There were also management problems that were attributed to the co-founder of Oculus, Palmer Luckey. He later quit Facebook, the parent company.

To try and improve its popularity, Facebook ha since slashed the price of device. Facebook has also introduced new accessories such as motion controllers. In the fifth position was Alcatel which shipped approximately 91,000 virtual reality headsets in the first quarter of 2017.