Prices Of Homes Rise The Highest In 33 Months 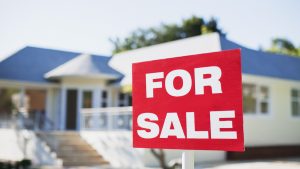 Data released on Tuesday indicates that home prices in the United States recorded the biggest annual increase since 2014. The price increase is, however, not at the level that was witnessed in the housing bubble of the mid-2000s when prices were increasing by double digits.

In March home prices annually increased by 5.8% which was a rise of 0.1% from the previous month. The increase was attributed to a shortage of both existing and new homes as well as income growth and steady job growth. The latter two factors have been prompting more and more Americans to purchase their first house or to trade up.

The pace at which the prices have been rising has accelerated this year compared to previous years. Between 2014 and 2016 the pace of growth for house prices was steady at around 5%.

The 10 and 20 city indices of S&P Case Shiller also recorded an increase of 5.2% and 5.9% respectively. These indices track the biggest metro areas in the United States.

Among the cities that led in the increase included Seattle which saw a rise of 12.3% in home prices. Portland followed closely behind with an annual increase of 9.2% while Dallas came in third with an increase in home prices of about 8.6%. In about 50% of the cities surveyed in the twenty-city index had increases of over 6%. The lowest gainer was New York where the home prices increased by 4.1%, well over the inflation rate.

Across the country the existing homes inventory is 4.2 months which was a decline from a year ago when the inventory was 4.6 months. This is being blamed on the fact that home owners are staying longer in their homes as opposed to selling them and trading up. And due to the low inventory there has been a decline in sales listings by about 9% in the last one year. The NAR – National Association of Realtors estimates that current listings number 1.93 million.