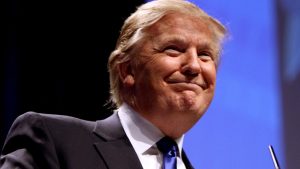 President Donald Trump’s administration is leaving nothing to chance as it tries to find a buyer for the U.S. nuclear engineering firm that has slipped into bankruptcy, Westinghouse, before it falls into the hands of the Chinese. One official disclosed that White House intended to stop any Chinese firm from playing key roles in any consortium which might be interested in acquiring Westinghouse from Toshiba, its parent company.

As a testament to the seriousness of the matter, Westinghouse admitted that elected officials and the Trump administration had been in contact though it decline to revealed potential future owners.

While the administration is not ruling out making a passive investment in the nuclear engineering firm, a federal bailout would not be easy to sell since there are fewer jobs that are at risk and also because a significant portion of Westinghouse’s business is abroad. On the other hand, it is a sensitive asset.

“…the nuclear sector is considered strategic. It has a national security component,” Mark Hibbs, a senior fellow at the nuclear policy program of the Carnegie Endowment for International Peace said.

Westinghouse filed for Chapter 11 bankruptcy in late March after huge cost overruns brought about by four new rectors the nuclear engineering firm is putting up in the United States. In the bankruptcy filing, Westinghouse’s restructuring adviser disclosed that the firm was looking to separate the troubled new reactor projects which are facing huge and uncertain losses from the other businesses that are profitable. The profitable businesses include manufacturing nuclear components and fuel and support services for operating plants.

A deal led by a US consortium would, however, be a challenging task. Currently, General Electric stands out as the only company in the United States that possesses substantial nuclear engineering expertise and operations via a joint venture with another Japanese company, Hitachi. Its technology, however, is different from that of Westinghouse. South Korea’s Kepco would have been another viable candidate but the company’s president indicated last month that the nuclear energy firm had no intentions or plans to acquire Toshiba’s stake in Westinghouse.

Before a foreign company can acquire a part of or all off Westinghouse, such an entity must be scrutinized by the Committee on Foreign Investment at the US Treasury where the potential impact of the deal on national security is considered. Among the members of the Committee on Foreign Investment are the secretaries of the Treasury, Defence, homeland security, commerce and state.