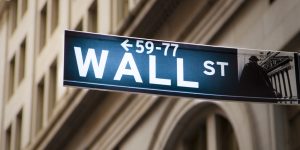 The founder of Bridgewater Associates, Ray Dalio, began his exit strategy 7 years ago. Upon turning 60, the high-flying hedge fund investor realized that, perhaps, retirement was nearing and began to work on a succession plan. Now 67, of course, he is finally ready to step down.

In a statement, Dalio confides: “Any organization run by a 60+ year old that says that it isn’t in transition is either naïve or disingenuous. For that reason, when I was about 60 (seven years ago), Bridgewater started its management and equity transition, with a goal of having others replace me. As explained at the time, we allowed for this transition to take up to ten years because we knew that getting things right would take some adjusting of the ways we did things and some trial and error. We have done what we have said we would do, and we have kept you informed. The purpose of this note is to continue doing that.”

For now, Bridgewater President David McCormick will move into the co-CEO role with Eilneen Murray while the company also phases out present co-CEO Jon Rubenstein.

Dalio also shares that his co-CEO role was a dual role that also shared responsibilities as a co-chief investment officer; and that, he said, was difficult.
In his letter, which he self-published on LinkedIn, Dalio goes on to say, “I’m excited about this change and expect to remain a professional investor at Bridgewater until I die or until those running Bridgewater don’t want me anymore.”

Rubinstein, of course, will remain with the company, though as an advisor. The company will acquire Carsten Stevendad—the former CEO of Danish pension fund ATP—as part of the Bridgewater Senior Fellowship Program.
Dalio, also, does not plan on completely disappearing. He still wants to remain involved. In his LinkedIn post he explains: “As I love markets, I’m excited about this change and expect to remain a professional investor at Bridgewater until I die or until those running Bridgewater don’t want me anymore.”
And the company is probably not going to just dismiss him right away. As the leader of the company, Dalio has helped Bridgewater to manage the world’s largest hedge fund firm, and he also manages the two largest funds with the company’ Pure Alpha fund generating approximately 12 percent profits for clients, annually, since 1991.

Finally, Dalio commends, “We are very fortunate to have such a broad and deep team, especially at this time of transition.”