Cronologics Will Team up With Android Wear 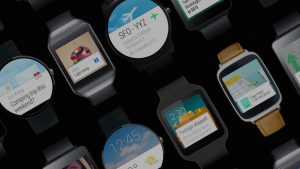 Wearable technology has been an upswing lately, as more and more people grow interested in the fusing of various technologies to improve its practicality.  The watch, then, has made a bit of a comeback after years of sitting back seat to the smartphone that rendered a timepiece nearly obsolete (except, perhaps, as an accessory), in the form of the Smart watch.

But while the smart watch is an intriguing concept, the technology has been slow on the take, even among the Google Android fans around the world. These users—who make up the majority of the mobile market—tend to favor new technology, particularly when it adds easement to life.  And, not surprisingly, Apple iOS users—adamant iPhone defenders—have been more apt to adopt the Apple Watch than Android users have been to add Android Wear to their wardrobe.

Indeed, it would be safe to say Android Wear needs a boost, maybe even an overhaul—and not just in the cosmetics department.  Yes, there are other “Android-based” devices out there, but the proprietary Android Wear models have not been able to achieve the success that their hype had originally suggested.  And now with the Apple Watch growing stronger and Fitbit acquiring Pebble, competition is growing—and fast.

With that, though, Google has just announced a partnership with Cronologics who “will join Google to help grow the portfolio of watches powered by Android Wear.”   This might seem an odd fit on the surface but look a little deeper and you will discover that Cronologics co-founders Leor Smith and Lan Roche had both worked for Google in the past: Stern as the head of business development for Niantic Labs (when it was still part of Google) and Roche as part of business development (mostly in Android Wear).

Obviously this is going to be a good deal for Cronologics, as they will now have the technology and support to truly get into this next generation of watchmaking. At the same time, though, it probably also means the company will be moving on from its most recent release: the CoWatch.  While you can still purchase this smartwatch online, it is likely that Google will not wish to continue development of it (which also means no more software updates after a while), since Android Wear 2.0 is expected for a release in early 2017.