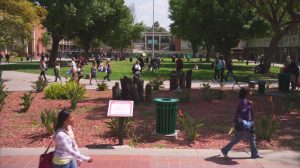 Debt is starting to become less of an issue for students looking at community college. In January of last year, President Barack Obama proposed two free years of community college, known as “America’s College Promise,” for students who maintain a GPA of 2.5. During his presidential campaign, Sen. Bernie Sanders (I-VT) has explained his plan to make community college free for the masses. Now, Kentucky and Los Angeles have released their plans to help with the initiative.

The new Kentucky state budget includes $25 million to starting provide free tuition this fall to community college students that maintain a 15 hour course schedule and a 2.5 GPA. Some Associate programs at four year colleges in Kentucky will also be eligible for free tuition under the new budget. A student could go to college for two years without worrying about paying for it, then transfer to a 4-year school to complete their degree. Some of those students would be eligible to receive scholarship dollars to help them transfer.

The state budget bill passed the General Assembly easily on the final night of the 2016 session, with the Senate approving it 38-0 and the House approving it 98-1. The bill – House Bill 303 – was passed in each chamber with almost no debate. The one legislator to speak and vote against it was Rep. Jim Wayne, a Louisville Democrat.

The mayor is expected to help with a $3 million fundraising effort for the city’s community colleges with the college district matching any funds that Garcetti is able to raise. Additional funding will come from the City of Los Angeles and a private philanthropist. Currently, there are over 400,000 students who are currently enrolled in and paying for community college in California. Approximately 65 percent of those community college students pay no tuition at all, due to Cal grants and other stipends.