More Millennials Questioning Whether College Is Worth The Cost 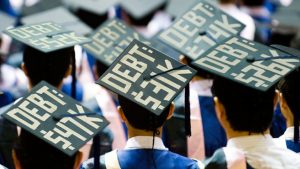 A series of recent surveys have shown that more millennials are questioning the value of a college degree when compared to the cost of earning it. Despite the benefits of college for graduates, only 34 percent of 25- to 29-year-old Americans have a bachelor’s degree or more. With graduates owing about $41,000 in student loans on average, many are wondering whether college was worth it.

According to a survey recently released by Citizens Bank that polled more than 500 college graduates ages 18 to 35 with student loans, the majority expressed buyer’s remorse regarding their education. The survey found that 57 percent regretted the amount of money they took out in loans. Roughly 36 percent of respondents said they would not have gone to college if they had fully understood the associated costs.

A survey from TD Ameritrade found that these high loan amounts are affecting numerous areas of the borrowers’ lives. The survey, which polled 1,000 adults age 18 and older, found that nearly half of millennials have delayed buying a house due to their student loan debt. About 38 percent of respondents said they postponed having children and 29 percent said that they were delaying marriage. This could have dire implications for many sectors of the economy.

Another survey, conducted by EverFi and sponsored by Higher One, found that 90 percent of students feel they do not have all the information necessary to pay off their college loans. Data from the Citizens Bank survey showed that 60 percent of those polled had no idea when their loans will be paid off and more than a third didn’t even know the interest rate they are paying.

As part of a grant competition to spur the skilled trades, the Department of Labor awarded $175 million in grants in 2015 to recipients who pledged to train and hire more than 34,000 new apprentices through 2020. More than 1,000 occupations are eligible for an apprenticeship, including careers in the fast growing fields of health care and information technology. The average wage for a journeyperson who completes an apprenticeship is almost $50,000 annually.