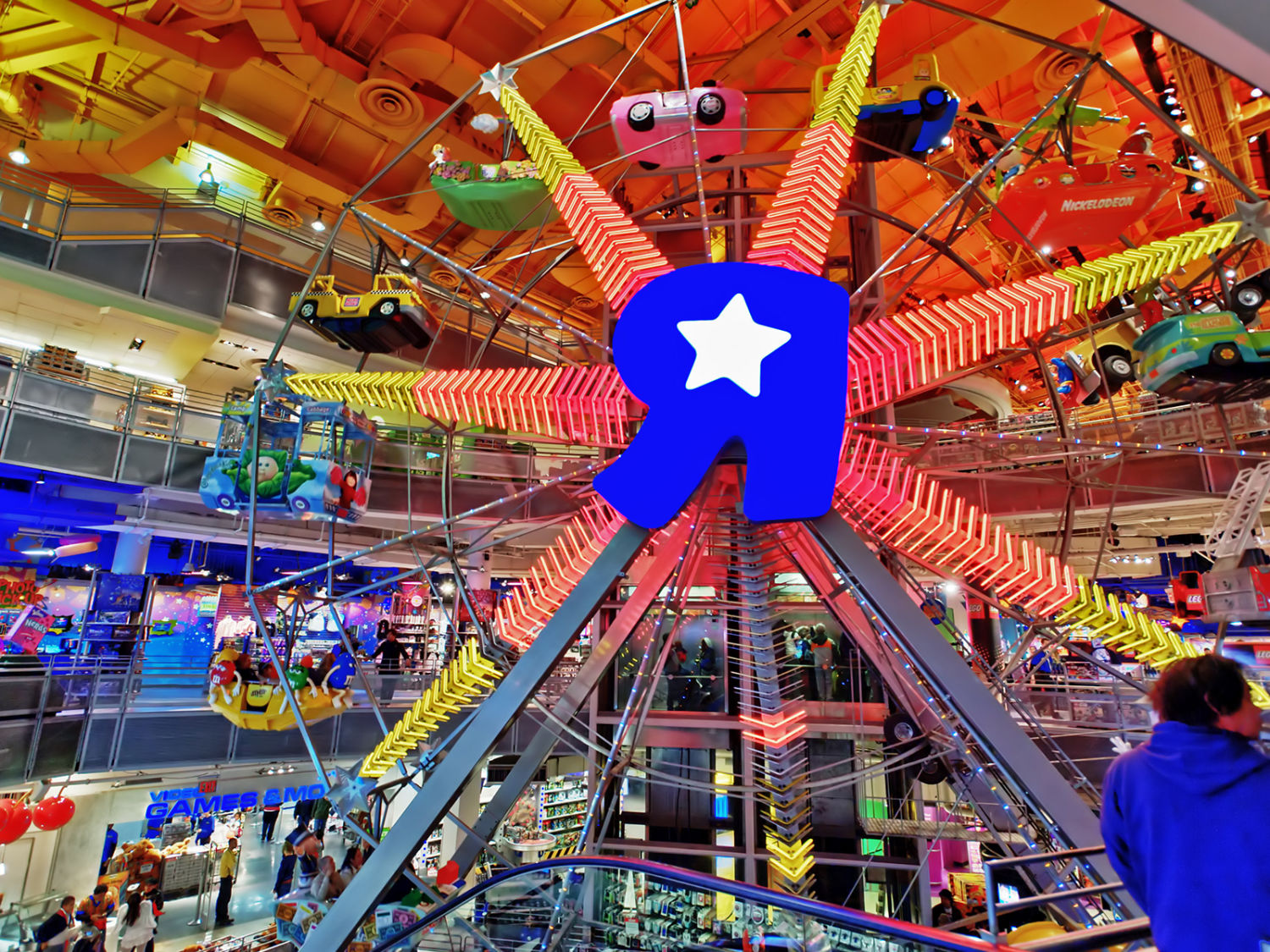 The iconic Toys R Us toy store located in Times Square is celebrating its last Black Friday in its current location. The company announced earlier this year that it would not be renewing its lease when it runs out in January 2016. Toys R Us originally opened its Times Square location in 2001, a smart move for the world’s largest retail chain devoted to toys. The company currently has more than 800 stores spread across the United States.

The Times Square Toys R Us is widely known for its indoor Ferris wheel, life-sized Barbie house and T-Rex robot, which helped it become a destination for tourists visiting the city. Some of the shoppers told reporters that Black Friday shopping at the iconic Toys R Us store was on their bucket list.

Many consumers have taken advantage of this last chance for holiday shopping at the iconic store. The turnout made it difficult to move in some sections of the store. A steady stream of shoppers hauling tote bags of toys slowly made room for others eager to get inside of the store.

This year, as the dinosaur roared above the heads of holiday shopper, a small drone kept buzzing past its head in a flash of propellers and lights. A number of parents were seen filming the interaction on their cell phones as their children squealed with delight. Other drones buzzed over shoppers and around man-sized cut-outs of stormtroopers.

Surrounding the dinosaur was the Lego section with its detailed sculptures of iconic American landmarks like the Statue of Liberty and the Empire State Building, the Star Wars section holding lightsabers and Yoda robots, and the display of drones being sold by the store. The store was listing many of its toys at 60 percent off or more.

Earlier this year, NPD Group estimated that toy sales in the United States would be up 6.2 percent in 2015. Toys R Us has already announced that it met its revenue target for Thanksgiving day. That is good news, as revenue for the company has decreased in each of the past three years, including during the important holiday season.

However, there are some concerns that holiday sales will be disappointing for retailers. Some retail analysts have observed slower Black Friday traffic at U.S. shopping centers. Many consumers have chosen to spend money on experiences instead of on material gifts this year.

While the flagship store is closing, CEO Dave Brandon plans to keep a Toys R Us in the neighborhood. He said in an interview, “We are actively searching for another location in midtown Manhattan where we can welcome shoppers from around the world.”

Humaniq Price Down 4.7% Over Last Week