HB Wealth Management LLC increased its position in Eli Lilly and Company (NYSE:LLY – Get Rating) by 3.4% in the 2nd quarter, according to the company in its most recent filing with the SEC. The fund owned 15,423 shares of the company’s stock after acquiring an additional 500 shares during the quarter. HB Wealth Management LLC’s holdings in Eli Lilly and were worth $5,001,000 as of its most recent SEC filing.

Eli Lilly and (NYSE:LLY – Get Rating) last issued its quarterly earnings results on Thursday, August 4th. The company reported $1.25 earnings per share (EPS) for the quarter, missing analysts’ consensus estimates of $1.86 by ($0.61). Eli Lilly and had a net margin of 19.58% and a return on equity of 85.58%. The business had revenue of $6.49 billion for the quarter, compared to analysts’ expectations of $6.85 billion. During the same period last year, the business earned $1.87 earnings per share. The company’s revenue was down 3.7% on a year-over-year basis. Sell-side analysts anticipate that Eli Lilly and Company will post 7.97 EPS for the current fiscal year.

The company also recently announced a quarterly dividend, which was paid on Friday, September 9th. Shareholders of record on Monday, August 15th were issued a $0.98 dividend. The ex-dividend date of this dividend was Friday, August 12th. This represents a $3.92 annualized dividend and a yield of 1.27%. Eli Lilly and’s dividend payout ratio (DPR) is presently 62.52%. 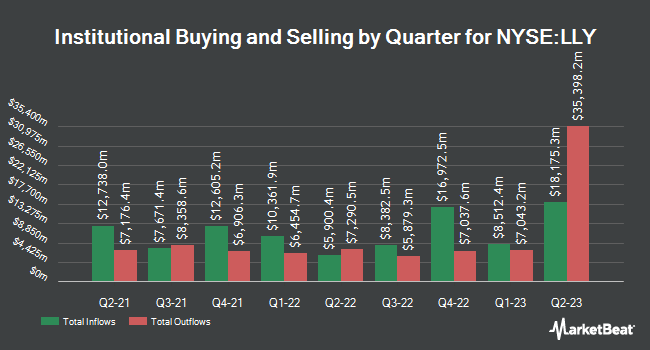 Nio Inc – Given Average Recommendation of “Moderate Buy” by Brokerages

Complete the form below to receive the latest headlines and analysts' recommendations for Eli Lilly and with our free daily email newsletter: