Shares of OrganiGram Holdings Inc. (NASDAQ:OGI – Get Rating) have been assigned a consensus rating of “Moderate Buy” from the eight ratings firms that are covering the firm, Marketbeat Ratings reports. Three analysts have rated the stock with a hold recommendation and four have issued a buy recommendation on the company. The average 12-month target price among brokers that have issued a report on the stock in the last year is $3.36.

Separately, Atb Cap Markets upgraded OrganiGram from a “sector perform” rating to an “outperform” rating in a research report on Tuesday, April 12th.

OrganiGram (NASDAQ:OGI – Get Rating) last issued its quarterly earnings data on Tuesday, April 12th. The company reported ($0.02) earnings per share (EPS) for the quarter, hitting analysts’ consensus estimates of ($0.02). OrganiGram had a negative return on equity of 12.28% and a negative net margin of 32.87%. The company had revenue of $25.04 million during the quarter, compared to the consensus estimate of $24.28 million. During the same period last year, the company earned ($0.09) earnings per share. On average, research analysts predict that OrganiGram will post -0.11 EPS for the current fiscal year. 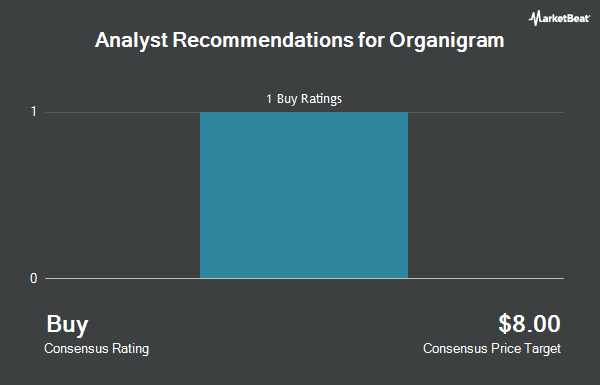 Complete the form below to receive the latest headlines and analysts' recommendations for OrganiGram with our free daily email newsletter: