Heritage Wealth Management LLC acquired a new stake in shares of Cambium Networks Co. (NASDAQ:CMBM) in the 3rd quarter, according to the company in its most recent filing with the Securities and Exchange Commission (SEC). The firm acquired 2,178 shares of the company’s stock, valued at approximately $79,000.

Cambium Networks Corp. engages in the provision of wireless broadband networking infrastructure solutions for network operators. Its products include point-to-point, enterprise Wi-Fi and switching, CCTV,software, and point-to multipoint. The company was founded in 2011 and is headquartered in Rolling Meadows, IL.

Want to see what other hedge funds are holding CMBM? Visit HoldingsChannel.com to get the latest 13F filings and insider trades for Cambium Networks Co. (NASDAQ:CMBM). 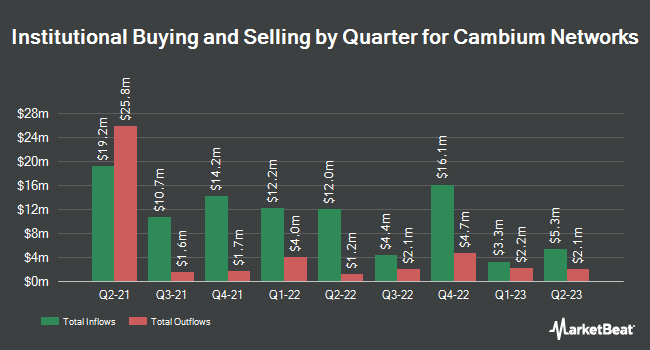 Eloxx Pharmaceuticals Price Target Lowered to $3.00 at B. Riley

Complete the form below to receive the latest headlines and analysts' recommendations for Cambium Networks with our free daily email newsletter: