SilverBow Resources (NYSE:SBOW) last issued its quarterly earnings data on Wednesday, August 4th. The company reported $1.28 earnings per share (EPS) for the quarter, beating the Zacks’ consensus estimate of $1.25 by $0.03. The company had revenue of $69.86 million during the quarter, compared to analysts’ expectations of $63.00 million. SilverBow Resources had a return on equity of 47.32% and a net margin of 4.25%.

SilverBow Resources, Inc is a growth-oriented independent oil and gas company. It engages in the acquiring and developing assets in the Eagle Ford Shale. The company was founded on October 11, 1979 and is headquartered in Houston, TX. 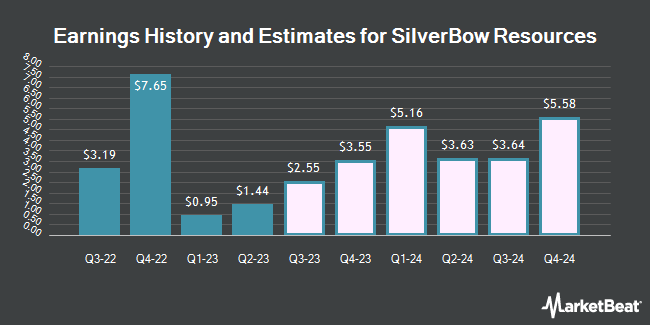 Complete the form below to receive the latest headlines and analysts' recommendations for SilverBow Resources with our free daily email newsletter: