Rush Street Interactive, Inc. (NYSE:RSI) has been assigned a consensus recommendation of “Buy” from the nine brokerages that are covering the company, Marketbeat Ratings reports. Three investment analysts have rated the stock with a hold recommendation and six have given a buy recommendation to the company. The average 1-year price objective among brokers that have issued a report on the stock in the last year is $21.63.

Rush Street Interactive (NYSE:RSI) last released its quarterly earnings results on Thursday, August 12th. The company reported ($0.04) earnings per share (EPS) for the quarter, beating the Zacks’ consensus estimate of ($0.08) by $0.04. The business had revenue of $122.80 million during the quarter, compared to the consensus estimate of $115.90 million. Research analysts anticipate that Rush Street Interactive will post -0.27 EPS for the current fiscal year. 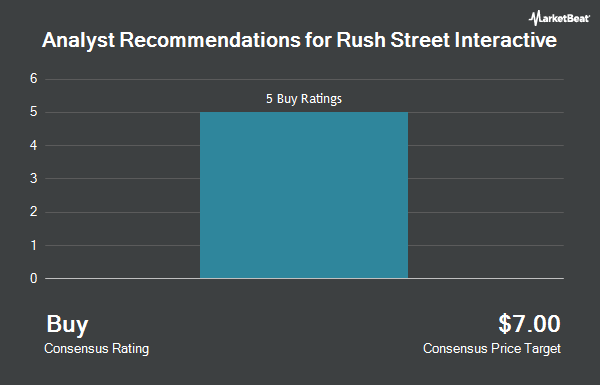 Complete the form below to receive the latest headlines and analysts' recommendations for Rush Street Interactive with our free daily email newsletter: